P1 is a floating greenish-azure creature with two thin rabbit-like ears, a mint bluish colored belly, two big black eyes, and a smile. Its arms are a light white color, and it has two gloves; a black one on its left hand, and a golden one on its right hand. It is legless and can levitate. Its gender is unknown.

P2 is a girl with long pink hair, a gold hat with green circles, a gold tank top, a green glove, an aqua and red belt, a light purple skirt with candy patterns, aqua and dark pink striped leggings and pink ankle booties, and gold-yellow tank fur at the top. 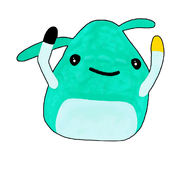 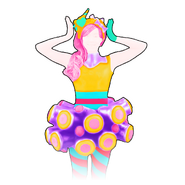 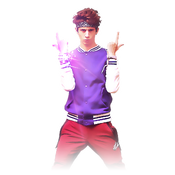 The coach of the VIPMADE routine is Italian YouTuber Lorenzo Ostuni, better known as Favij. He has short brown hair, he wears a black headband, a blue jacket with white sleeves, black and white shoes, and dark red jeans.

The routine starts with a pink background containing a fuchsia star that gets covered in other stars and jellies. Then, it switches to a candy field with anthropomorphic sweets with ecstatic facial expressions. These sweets include a candy apple, circular swirly pops, small yellow suckers, and twisted lollipops. On the side are cakes and blobs of gelatin that hop. After the scenery comes forward, a row of striped candy pieces slide to the left on sliced candy wheels. Afterwards, the background becomes comprised of a large pink star, which is covered up by blue candy slices.

During the bridge, there are two backgrounds separated by a white lightning bolt: the left side shows vegetables and a broccoli, while the right side shows some cakes and a festoon, along with green flowing lollipops and a bigger red-and-white lollipop.

After the last chorus, the field is replaced by a candy road with other jellies and candy canes on the sides, along with jumping chocolate cakes and a big ice cream in the background.

There are 3 Gold Moves in the Classic and VIPMADE routines, all of which are the same:

All Gold Moves: Wave your hands in opposite directions while looking right with your right foot sticking up. 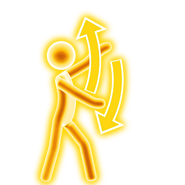 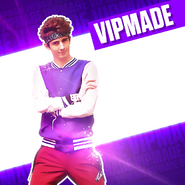 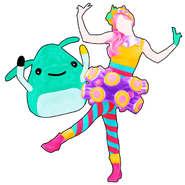 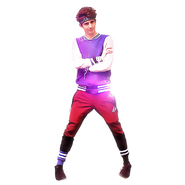 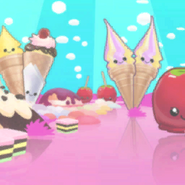 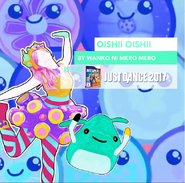 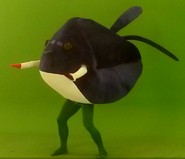 Behind the scenes of P1 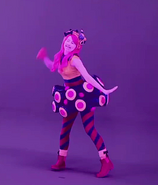 Behind the scenes of P2 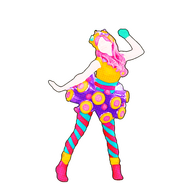 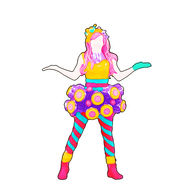 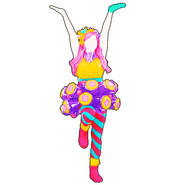 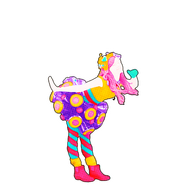 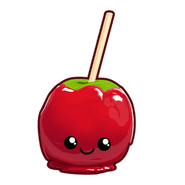 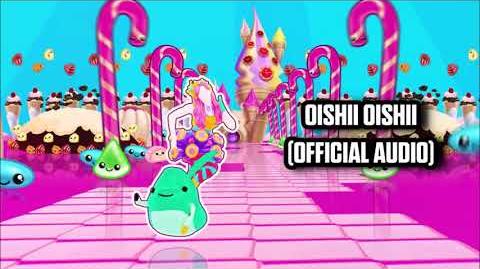 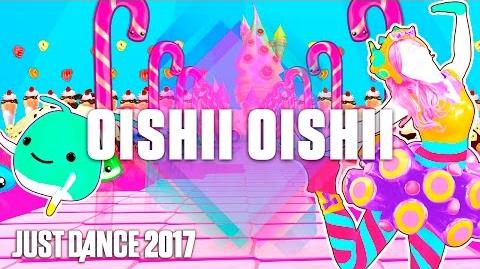 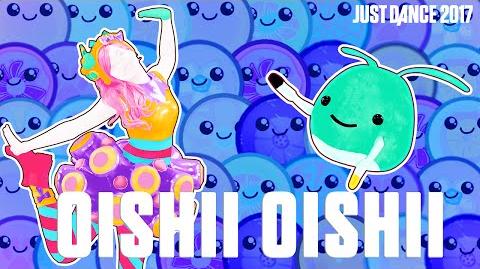 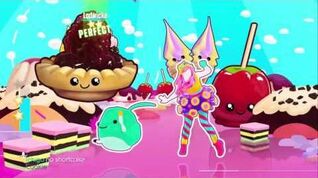 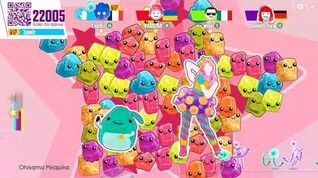 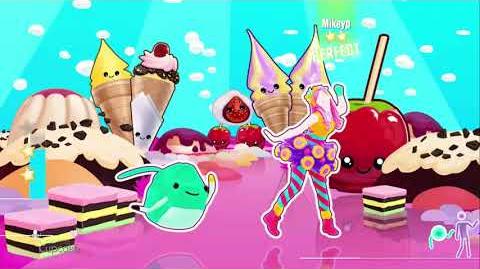 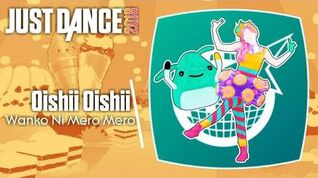 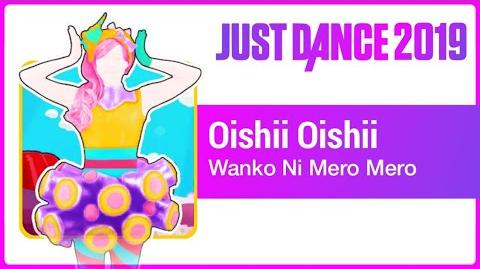 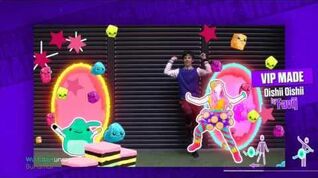 Retrieved from "https://justdance.fandom.com/wiki/Oishii_Oishii?oldid=1208274"
Community content is available under CC-BY-SA unless otherwise noted.