Old MacDonald Had a Farm

The routine takes place in meadow with many flowers and two pens. One has a cow inside and the other has a horse inside. There's also a dog outside the cow's pen and a pig outside the horse's pen.

Gold Move 1: Point forward with your right arm.
Gold Move 2: Put your right hand on your hip and your left hand on top of your head as if you were holding onto a hat. This is the final move of the routine.

Old MacDonald Had a Farm appears in the following playlists: 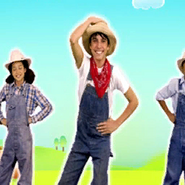 Old MacDonald Had a Farm

Old MacDonald Had a Farm on the Just Dance Kids menu 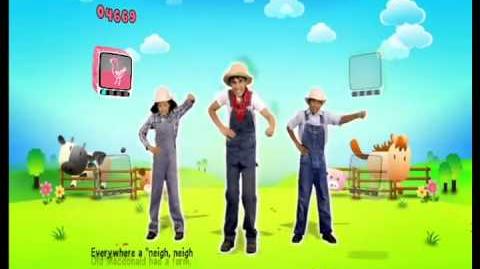 Retrieved from "https://justdance.fandom.com/wiki/Old_MacDonald_Had_a_Farm?oldid=1380643"
Community content is available under CC-BY-SA unless otherwise noted.