The dancer is a woman with long, reddish brown hair, a glittery silver and black one-sleeved dress with a pad on her left, and gray-black wedged sneakers. She has various colored outlines. In the pre-chorus, her hair becomes darker, in some parts of the routine, her dress is a dark teal color with teal lines on them.

At the beginning of the routine, the dancer is transformed into a gold-like effect. 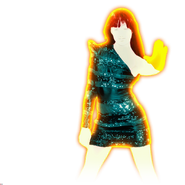 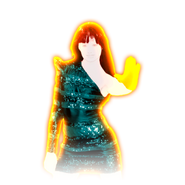 The routine takes place in front of a four-sided cuboid with a light brown stand under it in a starry night. The cuboid rotates in different parts of the song to show various colors and dark brown lines which glows bright white to the music, which are in the middle of its sides. It also has darker scribble-like patches on the cuboid, it has fog in the floor, the floor has a water reflection effect and semi-transparent lines that glows up at some points on the cuboid. The lines sometimes have a glowing white tracing outline. The rest of the cuboid glows up the colors and lines.

The sky has more stars, and the textures on the big floating cuboid have more definition. The timing of the effects of the background is also delayed. 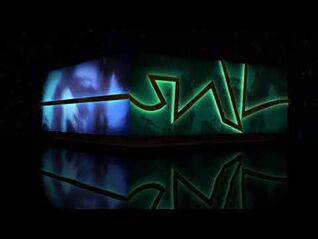 On The Floor background - Just Dance 4

Brownish-red side with a curved line

Emerald green side with a zigzagged line

Ultramarine blue side with a straight line

Ochre yellow side with a wavy line 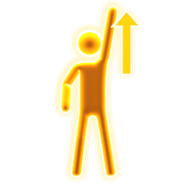 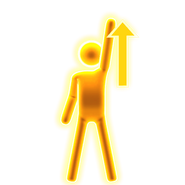 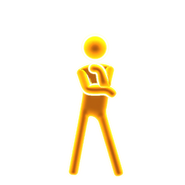 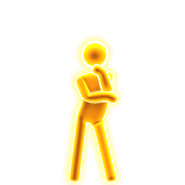 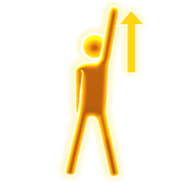 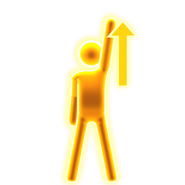 On the Floor appears in the following Mashups:

On the Floor appears in Puppet/Party Master Modes. Here are the captions attributed to her dance moves: 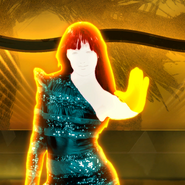 On the Floor
(Just Dance 4) 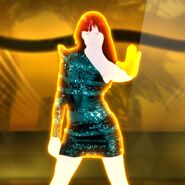 On the Floor
(Post-Just Dance 4) 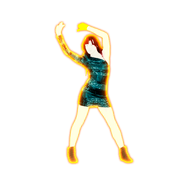 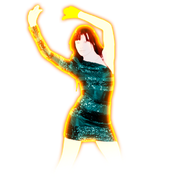 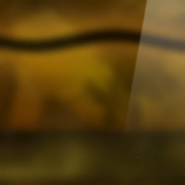 On the Floor on the Just Dance 2021 menu 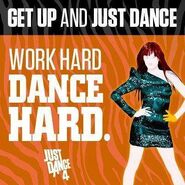 The coach in a promotional image for Just Dance 4 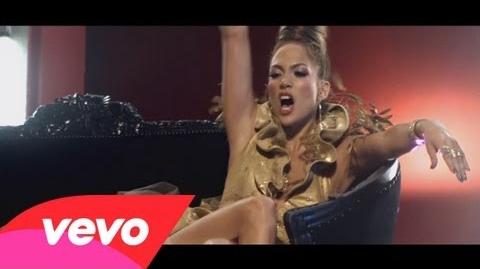 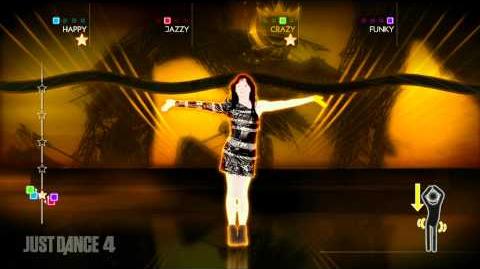 On the Floor - Gameplay Teaser (UK) 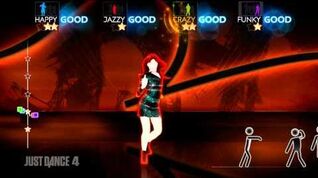 On the Floor - Gameplay Teaser (US) 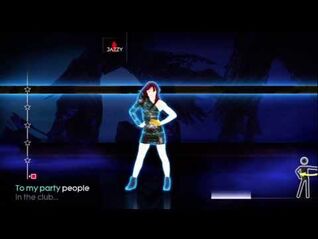 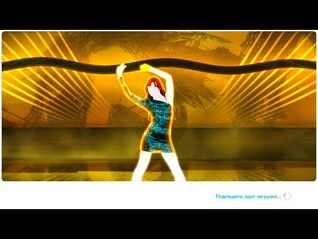 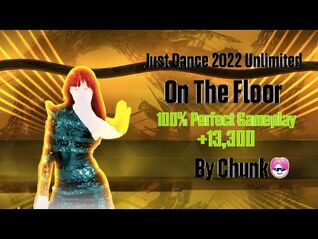 On the Floor - Just Dance 2022 Unlimited - All Perfects 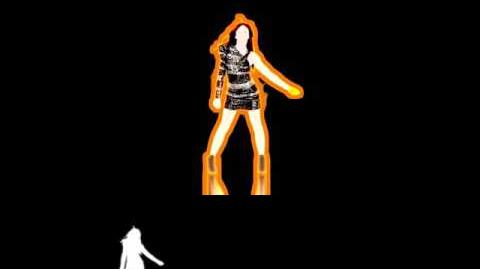 On the Floor - Just Dance 4 (Extraction) 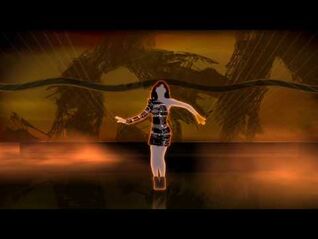