The coach resembles a rock star, a guard, or a biker gang member. He has black shaved hair with a yellow punk crest, a big black and red coat with the Japanese Kanji 「邪棲團」 on the back, orange glove, black pants, and red shoes. 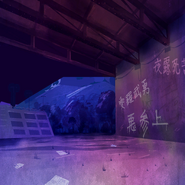 A pictogram with the kanji on its back

One Night Carnival on the Just Dance Wii menu 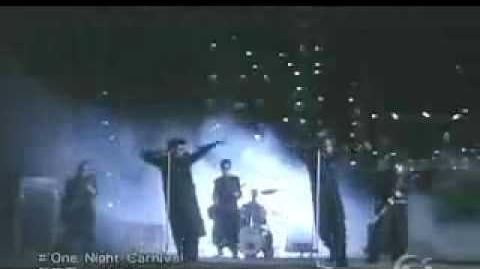 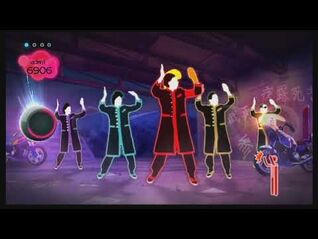 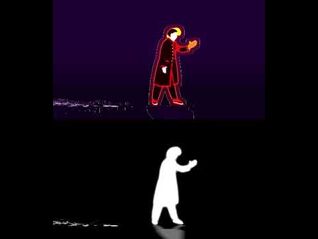