"咆哮 (Pao Xiao)" (also known as "Growl") by EXO (EXO-M’s version used in-game) was intended to be featured on 舞力全开：活力派 and 舞力全开2017,[1] but was not released on any of the two games.

The dancers are an all male dance crew.

P4 has full grey hair, a light blue jacket with black pockets, a black shirt with a loose orange and black stripped tie, a cyan glove, and orange shoes. 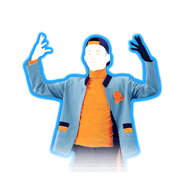 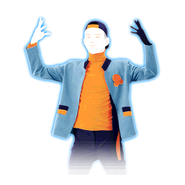 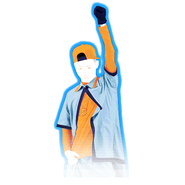 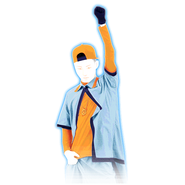 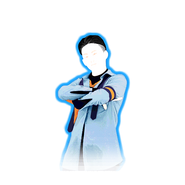 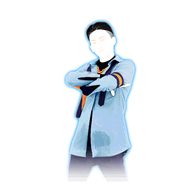 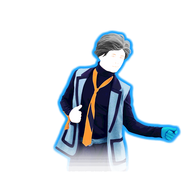 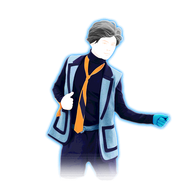 The background is a shiny warehouse with luminous lights and opening triangle-shaped windows. Once the chorus starts, the background turns into a stage with two triangles: their left sides have two shiny lines, while the right sides have only one.

Gold Move 1: Open your arms at 90° and put them down.
Gold Move 2: Smash your arms down while lifting your right knee up.
Gold Move 3: Point down left and move your right arm up as if you were showing muscle. This is the final move of the routine. 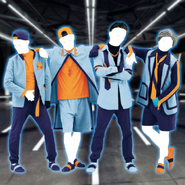 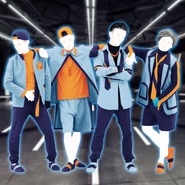 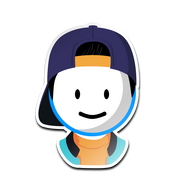 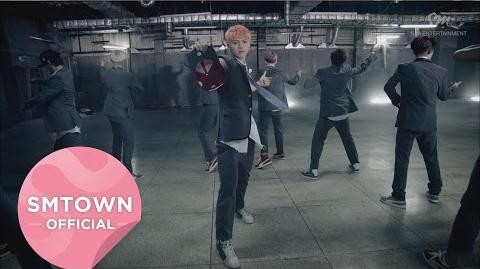