P1: Mamson Diarra[1]
P2: Rubix Criminalz[2]
"Papaoutai" by Stromae is featured on Just Dance 2015. It is exclusive to the PAL region but is also available as a downloadable track in the NTSC region.

In PAL regions, the song also has an alternate routine titled "African Dance".

The dancers are supposed to represent a father and a son. They both have sky blue outlines.

P1, the father, wears a brown afro, a red and yellow sweater, a light blue shirt underneath, a red bow tie, a pair of brown glasses, as well as green shorts, high blue socks, and brown shoes. 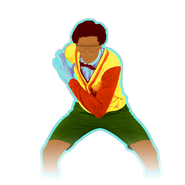 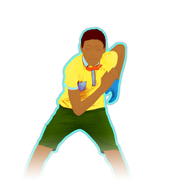 The routine takes place in living room with a orange sofa and an orange table. On the white walls, tessellations of orange and teal animated cubes appear. During the chorus, the ceiling and floor turn orange, and the back wall turns into an infinity mirror. The cubes turn into various shades of orange. During the post-chorus instrumental breakdown, the furniture change from orange to dark orange to turquoise to teal, and the walls and cube patterns alternate between cool tones of blue and warm tones of orange.

In the second verse, the furniture, ceiling and floor alternate between yellowish-green, orange, and dark green. The wall patterns have changed to appear as the vertices of a hollow cube. In the third pre-chorus, the color scheme turns to cool tones of blue and warm tones of salmon. The hollow cubes rotate and roll across the walls. In the outro, the patterns change in geometry and color successively before the song ends with the room becoming an empty white space.

Papaoutai has a Mashup with the theme "Ultra Violet" which is exclusive to PAL copies of the game. It features dancers that are dressed mostly in pink and purple.

Gold Moves 1, 3, and 4: Walk backwards towards the other player and lower your hands from your temples in a semicircle.
Gold Move 2: Throw your right hand while you stand on one leg. 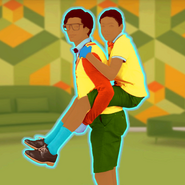 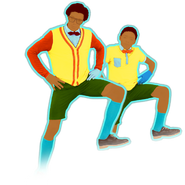 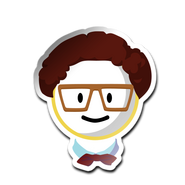 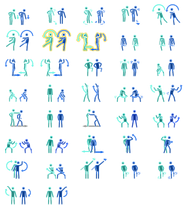 Papaoutai on the Just Dance 2015 menu

Papaoutai as seen from the Xbox Dashboard 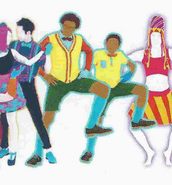 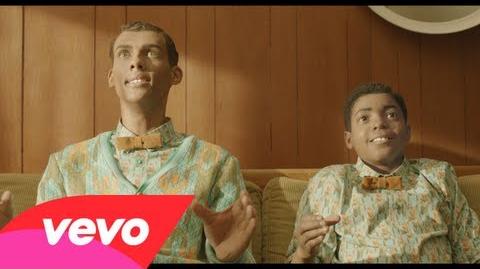 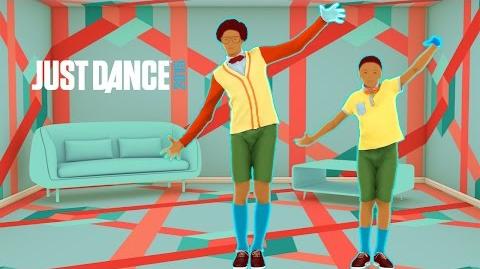 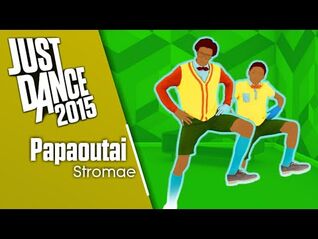 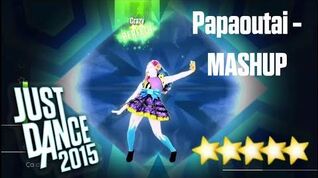