NOW files
1A: Science Blue
1B: Downriver
2A: Selective Yellow
2B: Deep Fire

The routine is performed by a trio consisting of two women and a man. They are surrounded by black and white bold outlines. P1 and P3’s outfits are the same, but with different color schemes.

P1 is a woman with a slice of magenta and cyan bread on her head. She wears a cyan shirt with red edges in the sleeves, a cyan bowtie, a magenta skirt with magenta suspenders attached, and magenta heeled boots.

P2 is a man. His head is a jar of peanut butter with a red lid and a cyan, magenta, and yellow label. He wears a split colored magenta/yellow suit with a magenta/cyan split colored tie, yellow/magenta pants, cyan socks and cyan shoes with red straps.

P3 is a woman with a slice of yellow and lime green bread on her head. She wears a lime green shirt with red edges in the sleeves, a lime green bowtie, a yellow skirt with yellow suspenders attached, and a pair of orange heeled boots. 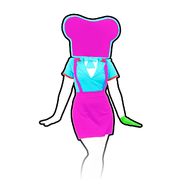 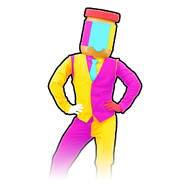 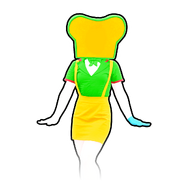 The background is styled as a vintage advertisement, and features the lyrics of the song. Different types of food are shown, like muffins, that get half eaten, ripple chips, chocolate bars with 'JUST DANCE' written on it the break, gumdrops, chocolate balls, crackers, banana bread with peanut butter spread on top, popcorn, jello, and triangle crackers. There is also a vintage picture of all the coaches with a human face.

Both Gold Moves: Jump up in the air. P2 extends his arms and legs, while P1 and P3 thrust towards P2.

Peanut Butter Jelly is featured in the following playlists: 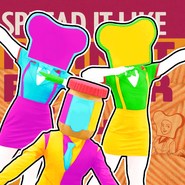 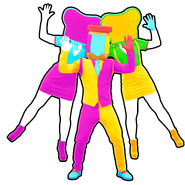 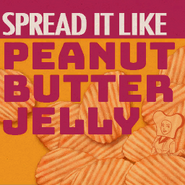 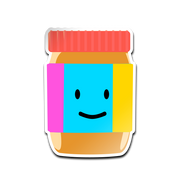 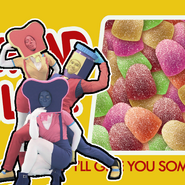 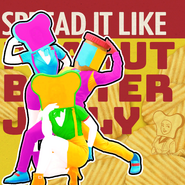 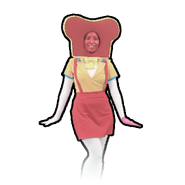 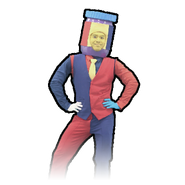 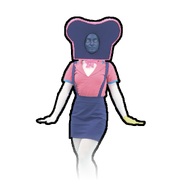 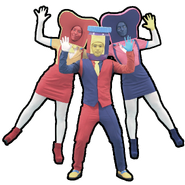 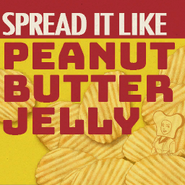 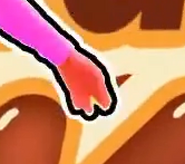 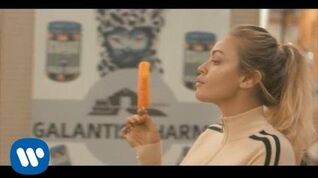 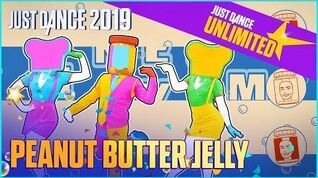 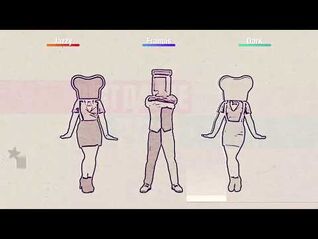 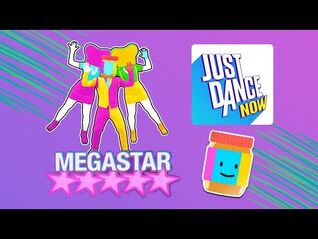 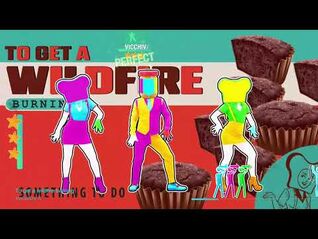 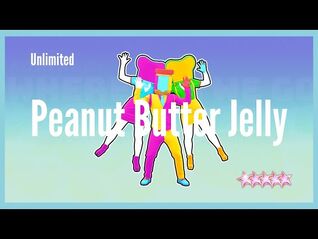 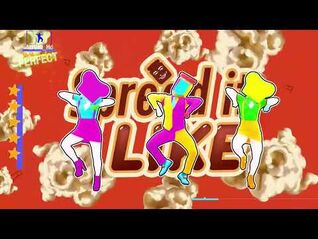