JDCPeiPlay
"Play 我呸 (Play Wo Pei)" (also known as "Play" and "Pei Play") by Jolin Tsai was planned to be on 舞力全开：活力派 but was never released into the game before the shutdown of the game.

The coach is a woman with blonde hair tied in a ponytail. She wears dark purple and orange ombre sunglasses, a glittery blue and magenta teddy with a connected garter, a magenta skirt, and magenta heels. When the background turns black, her outfit turns light pink and her skin turns dark magenta. 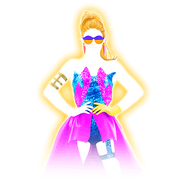 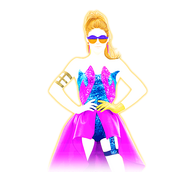 The background has five stages. The first stage is a variety of squares containing objects like headphones, chess pieces, golden plastic ice cream cones, diamond ducklings, diamonds, and mints. The second is a jewel-encrusted egg with rotating ice creams that move to rhythm of the song. The third is a purple crystal background with three-dimensional diamonds. The fourth stage is a diamond that rotates and emits lights to the beat and the dancer's moves. The fifth stage contains connected triangles that move to the rhythm, similar to that of the backgrounds of Bad Romance and Gibberish.

Gold Move 1: Put your hands up and clap.
Gold Move 2: Open your arms in semicircles quickly, while walking to the right. 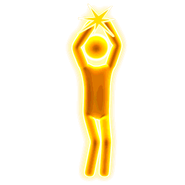 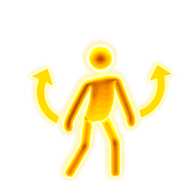 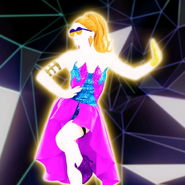 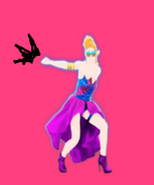 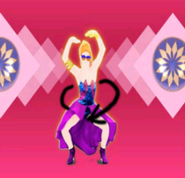 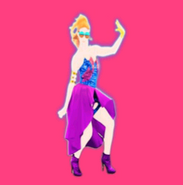 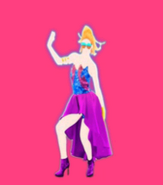 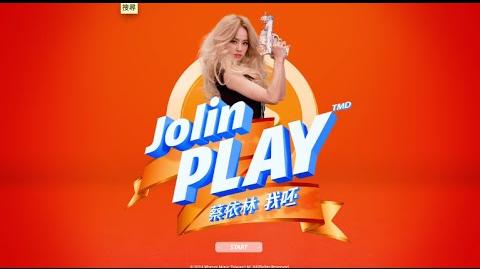 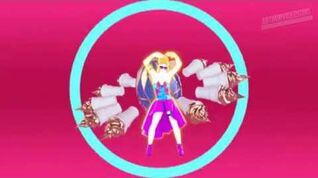