Music of the Sun

"Pon de Replay" by Rihanna was featured on Just Dance 2 as a downloadable track but became unavailable for purchase following the shutdown of the Wii Shop Channel on January 30, 2019. The song remains playable on Just Dance: Summer Party and Just Dance: Greatest Hits.

The coach is a woman who has blue neon skin and short magenta hair. She wears a light blue hooded tunic with two blue and pink straps, a coral-pink camisole, magenta leggings, and pink sneakers with purple stripes and red laces. In the remake, she is more realistic and most of her glowing is removed. 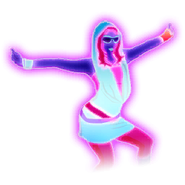 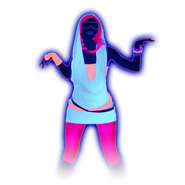 The routine takes place in a dark blue-purple room, with blue columns and purple ceiling lights. The coach is standing on an illuminating square which releases an upward stream of orange light (blue with lines in it in the Xbox 360 version of Just Dance: Greatest Hits).

All Gold Moves: Put your right hand up and shake your body. 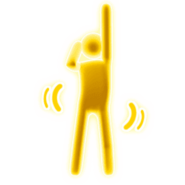 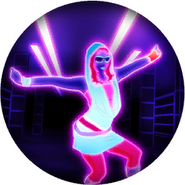 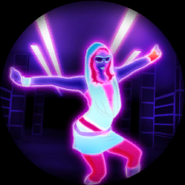 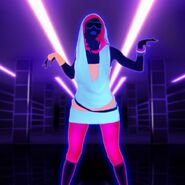 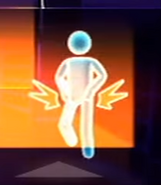 Pictogram error (it is placed underneath the flashing square)

Pictogram with incorrect recoloring (notice the right arm and the props) 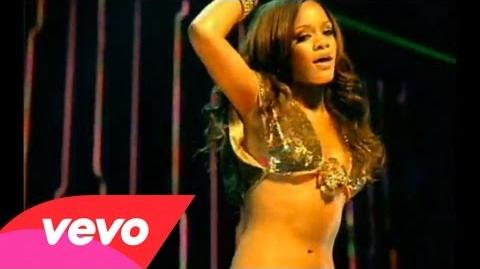 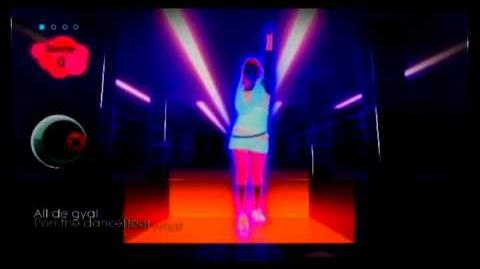 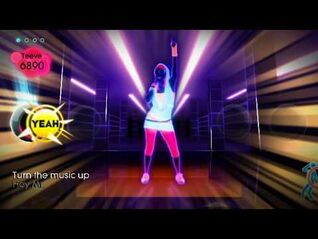 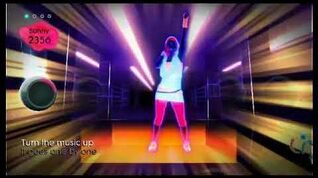 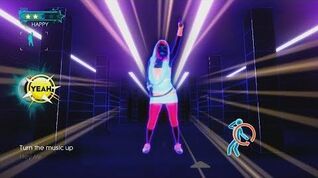 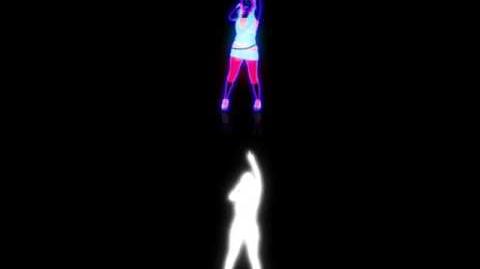 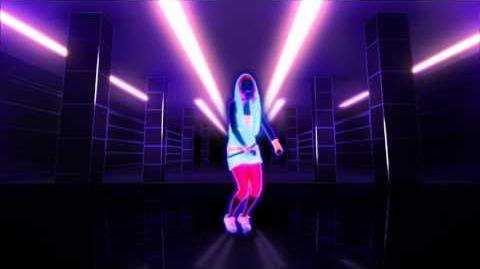