The dancer starts off the routine in casual clothes. He wears a orange polo shirt with gray pants and gray sneakers. After transforming into a superhero, he wears a grey and orange jumpsuit with a yellow lightning bolt. He has an orange mask, as well as an orange cape. He is also wearing a pair of black boots. The backup dancers start off the routine in similar outfits, with the dancer on the left wearing a pink shirt and pink hoodie with gray pants, and the dancer on the right wearing a blue-and-white striped shirt under a blue hoodie with gray pants. After transforming, they wear the same thing as the lead dancer, but with no capes and different colors, the one on the left wears pink, while the one on the right wears blue.

Gold Move: Put your right arm up and your left arm forward. 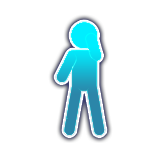 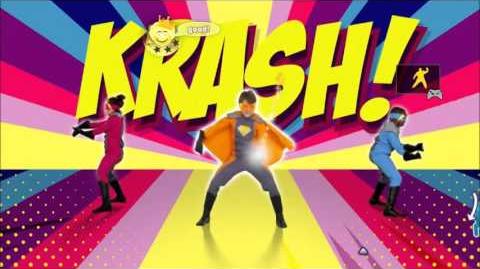 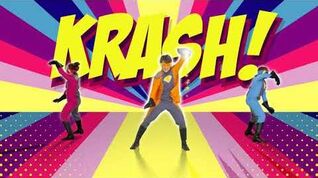