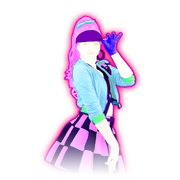 The coach is a young woman with long pink hair in a ponytail. She wears a dark purple golf visor, a large light blue hairclip on her hair, a round dark purple hoop earring on her left ear, a light blue jacket with a deep violet and a pink "8" on her right and some deep violet and pink stars with light-neon green ending sleeves over a deep violet top with cutouts, a pink-and-deep violet checkered skirt with a dark purple lace on it, dark purple socks with a two horizontal pink stripe, and light blue and white sneakers with soles and laces. Her glove is indigo purple. She has a dark fuchsia glowing outline.

Brightly-colored shapes, circles, triangles, and lines appear through the song. At some points, colored lips become visible. Before the chorus, colorful glass shards show up. In the chorus, flashing squares and lines appear and disappear on screen to the beat. During the bridge, a red aura is seen behind the dancer, and swirls around before changing color.

In the end, two pairs of lips can be seen in the right and in the left of the dancer. Them, along with the dancer, slowly close fast, leaving the background with a black screen.

Problem has an unlockable Mashup with the theme "Lovers Duet". It features romantic couples. 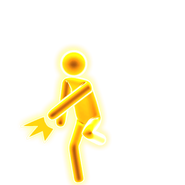 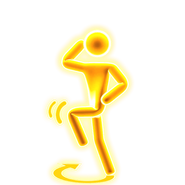 Gold Move 2: Make a semi-circle with your right arm. (Me And My Broken Heart)

Problem used to have a Community Remix, which is no longer available. The following people were featured:

Problem is featured in the following Mashups: 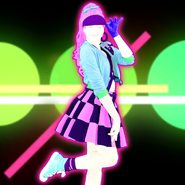 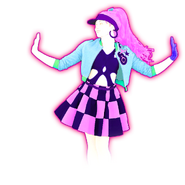 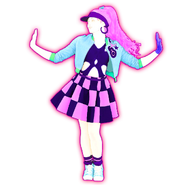 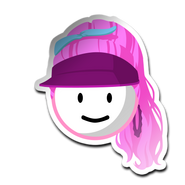 Problem on the Just Dance 2015 menu

Problem on the Just Dance 2021 menu 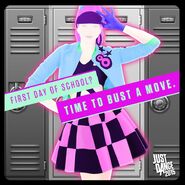 Back to school promo 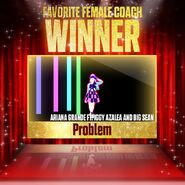 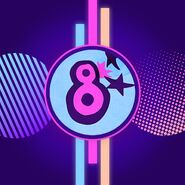 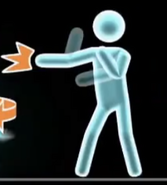 The lips in the start menu of Just Dance 2020 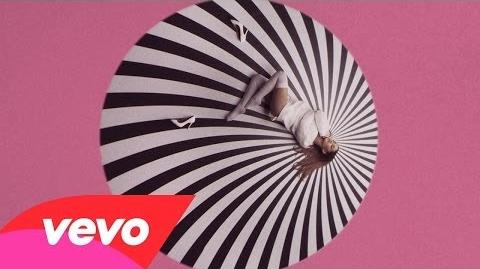 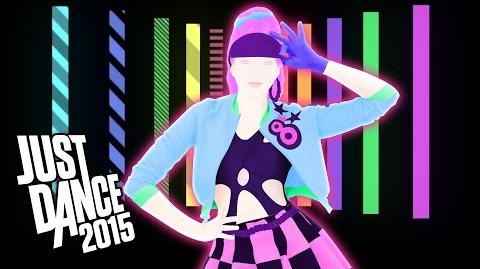 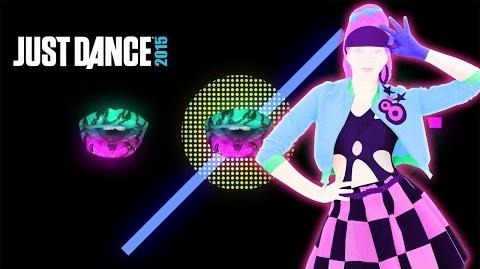 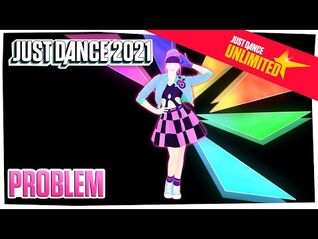 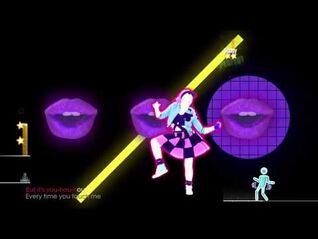 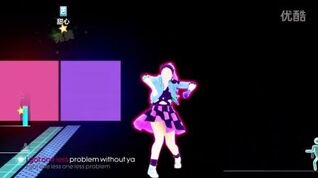 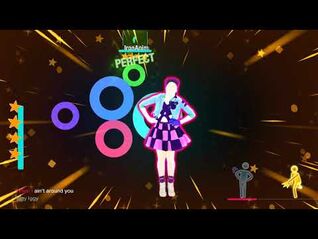 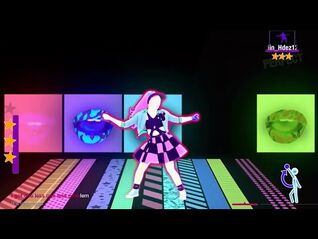 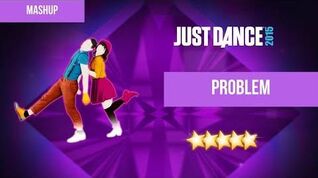 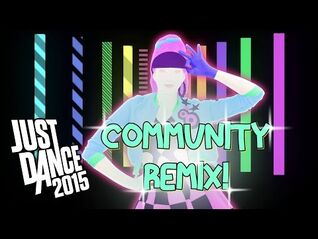 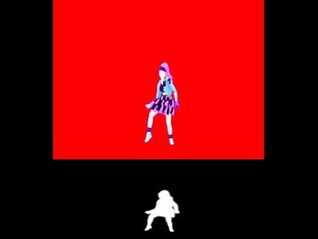 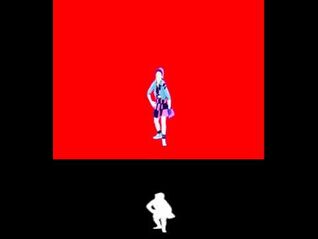 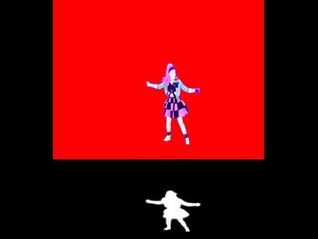 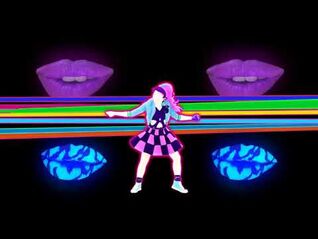