Available on all consoles (JD3)

The dancer is a man with short black hair. He has a black and plum purple shirt with red-orange and orange stripes on, which slightly resembles a keyboard, as well as a pair of black pants, a pair of purple-and-teal shoes, and an orange key chain. He has a purple outline. In the remake, his face is less visible, and he looks more realistic. His color palette is darker and glows less. 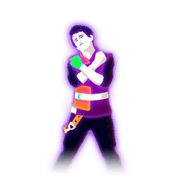 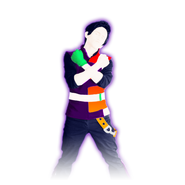 Black walls that change to shades of purple and move around. Two cerise red and red-orange crystals pump out of the ground and break whenever "Pump it!" is sung. The dancer flies through blue lines and golden glass shards during the intro and the bridge. 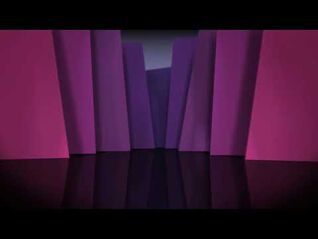 In the Xbox 360 version of Just Dance 3, the black tunnel scene at the beginning last much less, and the animations are a bit different.

In the remake, the walls change color when Fergie’s part is sung.

Pump It has a Mashup which is available on all consoles, but on Xbox 360 is unlocked via Ubisoft Club.

*# indicates a repetition and the number of times it occurs. 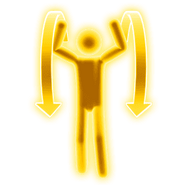 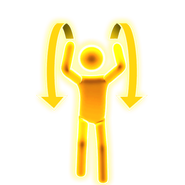 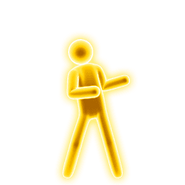 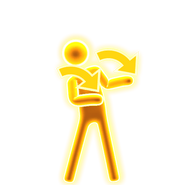 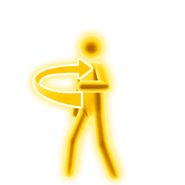 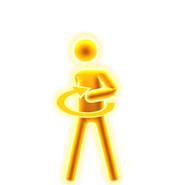 Gold Move: Move your right arm in a semi-circle with your left arm down. (Pump It)

Pump It appears in the following Mashups:

Pump It appears in Puppet/Party Master Modes. Here are the captions attributed to his dance moves:

Pump It appears in the following playlists: 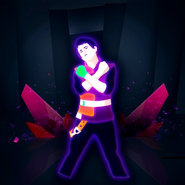 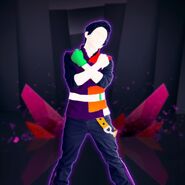 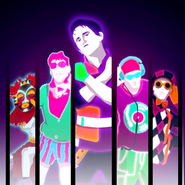 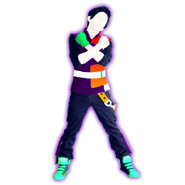 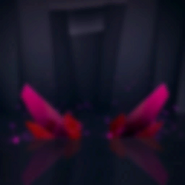 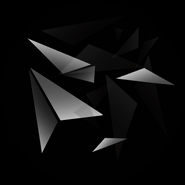 Pump It on the Just Dance Wii 2 menu 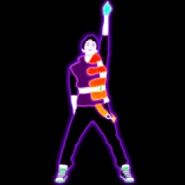 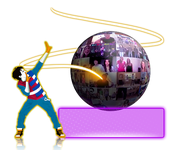 Beta color scheme on icon from the Just Dance 3 website 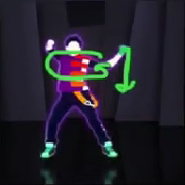 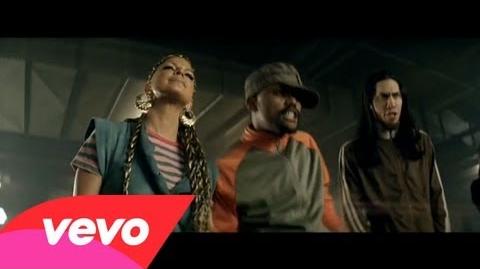 The Black Eyed Peas - Pump It 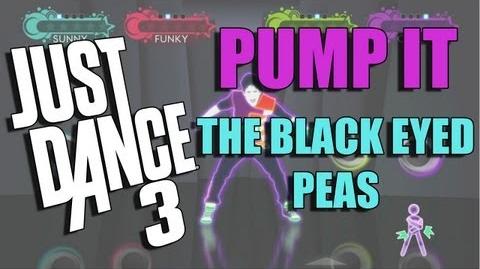 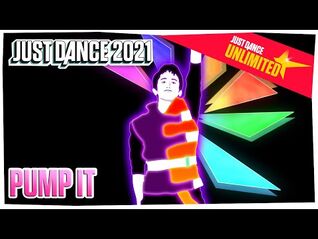 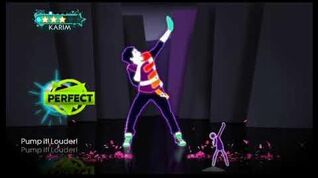 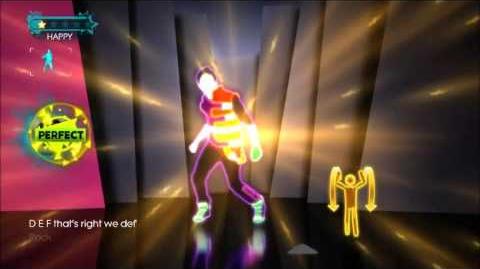 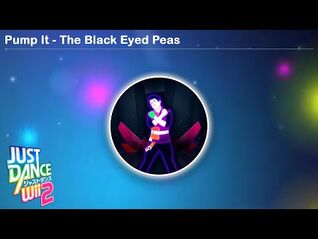 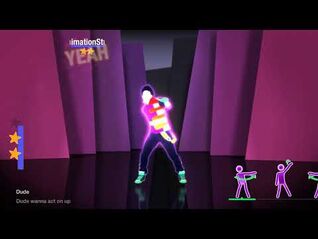 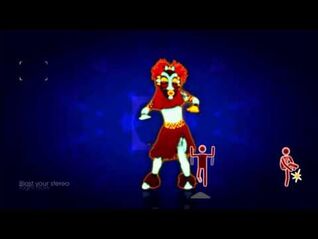 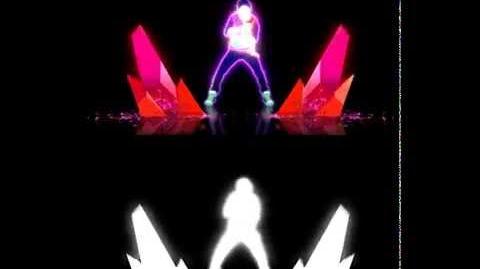 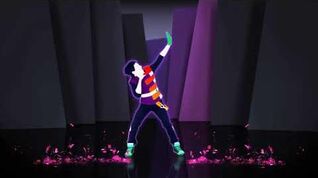 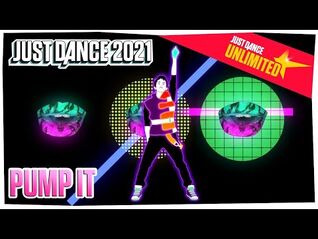