"Pump Up the Volume" by M|A|R|R|S (credited as M/A/R/R/S due to technical restrictions) was featured on Just Dance 2 as a downloadable track but became unavailable for purchase following the shutdown of the Wii Shop Channel in January 2019. The song remains playable on Just Dance: Summer Party and Just Dance Unlimited.

The dancer is a male astronaut with light blue hair. His suit is red and orange with light purple and white connections and a white and purple robot face on a light blue square. The inside of the suit is purple. He also has a light blue glove.

In the remake, he is in a darker shade of red and orange, his connections are now brown and red, his hair and glove are purple, and his robot face is now white, purple, and orange on a purple square. He also appears more realistic and has an orange outline. 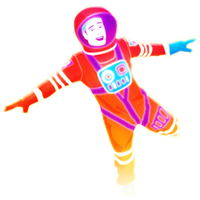 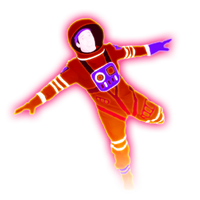 The background appears to be a space layout. There are many flashing lights in lines that flash quickly. A small circle moves along to the DJ scratches.

In the remake, the background becomes green during a part, and blue in another, the circle is made considerably bigger, and the background nebula is made clearer. It gets more out of focus when the coach rotates his arms, and the asteroid is more reddish and less visible.

In addition, the dancer no longer shoots spheres but rather a fading light effect.

Both Gold Moves: Whip an 'infinity' sign with your right hand. 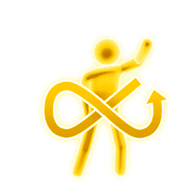 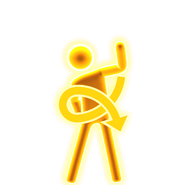 Pump Up the Volume appears in the following Mashups:

Pump Up the Volume appears in Puppet/Party Master Modes. Here are the captions attributed to his dance moves. 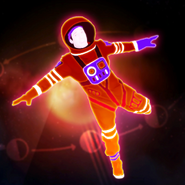 Pump Up the Volume (Remake) 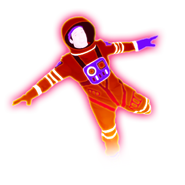 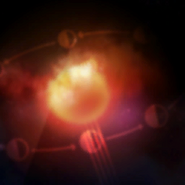 Pump Up the Volume on the Just Dance: Summer Party menu

Pump Up the Volume on the Just Dance 2020 menu

The coach in the background of American Boy 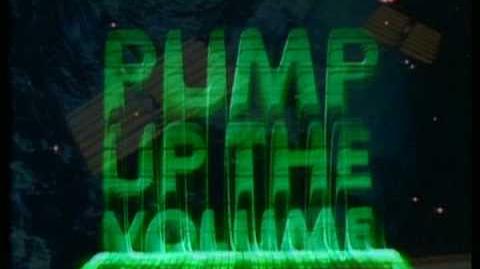 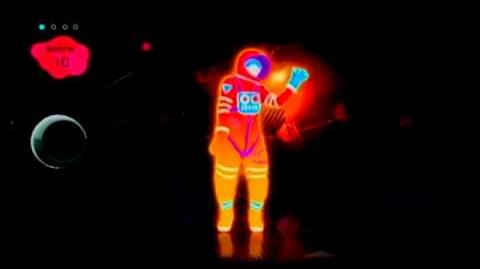 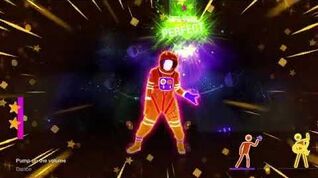 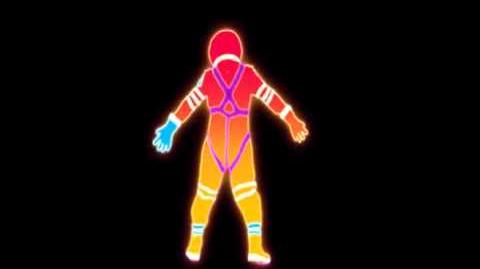 Retrieved from "https://justdance.fandom.com/wiki/Pump_Up_the_Volume?oldid=1257341"
Community content is available under CC-BY-SA unless otherwise noted.