The lead dancer is a girl who has short red hair, a white/magenta dress, and ballerina shoes. She resembles Ariana Grande’s character, Cat Valentine, in Victorious and Sam & Cat.

The routine takes place in what looks like an American boulevard with many houses and palm trees. There is also a yellow butterfly from the music video.

The dancer is accompanied by a pair of female backup dancers, each of whom has long black hair in ponytails, black and white striped sweaters, black pants, and black shoes.

There is 1 Gold Move in this routine and it is depicted with two pictograms:

Gold Move: Open your left arm bent 45°, then do the same thing with your right.

Put Your Hearts Up on the Just Dance Kids 2014 menu 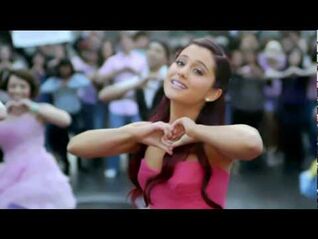 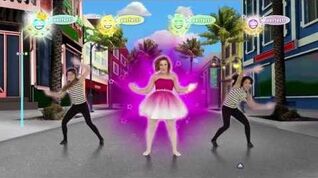 Put Your Hearts Up - Gameplay Teaser (US) 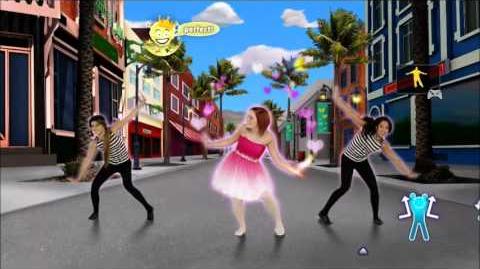 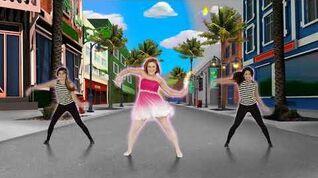