The dancers are a trio of a man and two women in sleek, retrofuture outfits. The outlines are tinted fades. All three dancers have 2 appearances, though P1 and P3’s is only a color swap, while P2’s is an entirely different outfit. P1's outline is always cyan, while P2’s switches from magenta to cyan and P3’s switches from cyan to magenta between the first and second appearance.

P1 is a man with a sleeveless duotone bodysuit which darkens on the midriff and below the knees. He wears visor sunglasses and his hairstyle is a crew cut with a fade matching the darker shade of his bodysuit. In the first appearance, the suit and visor are a royal purple, the glove is red, and the hair's primary color is cyan. In the second appearance (shown in the album and coach selection screen), the suit and visor are a strawberry pinkish-red, the glove is yellow, and the hair’s primary color is magenta.

P2 is a woman who wears a semi-opaque curved face-shield and armor-esque dresses.

C1’s wardrobe is turquoise, consisting of tight fitting sleeves, smooth stockings going up past the knee, a helmet reaching the ponytail, and a torsopiece with shoulder fringes and a short skirt, with a pair of turquoise shorts underneath, both with a fragmented crystalline aesthetic. Strands running from the base of the neck down and outwards and around the cuffs of the hands are yellow along with the short boots’ top section, the rest of which is a dark pink. Her hair is dark and held by an upward-facing turquoise ponytail, while a pattern in her hair is orange. Her glove is also orange.

C2’s clothes are in royal purple, consisting of a wider, more plastic-like torso piece with a more prominent opening in the center, tight-fitting pants with symmetrical cuts on the outward sides and a darker concave band atop with fringes, and short high-heel boots. Of the elements that remain yellow, the strands are thinner and lesser, there are now bracelets on the cuffs of the hands, and the boots' element is now in the middle of the boot instead of the top. Her dark magenta hair is now in a gelled pompadour style, with no helmet and a slightly shorter face-shield. Her glove is now a lime green color. 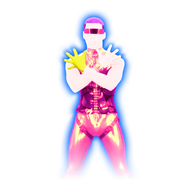 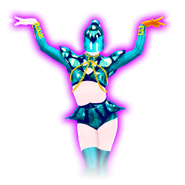 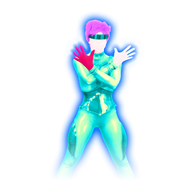 This section is a stub. You can help by adding to it.
The background features many copies of P1 and P3 but in the opposite color scheme (for example, in the verses, the copies have the color scheme seen during the chorus). The floor reflects the dancers’ different color schemes and coaches. Rectangles in various sizes move diagonally and enter or exit the floor, resembling raindrops. There is also an arch divided into multiple layers to resemble a rainbow. The blue sky is at the back of the arch and has large clouds.

Gold Move 1: Put your hands down and jump repeatedly.
Gold Move 2: This is the final move in the routine. Make the following poses:

Rain On Me is featured in the following playlists: 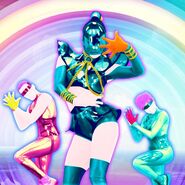 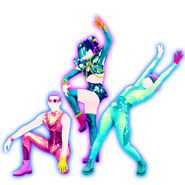 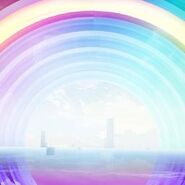 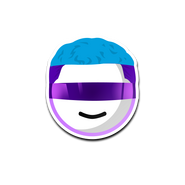 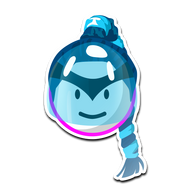 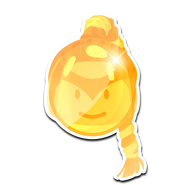 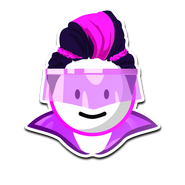 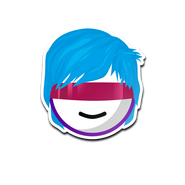 Rain On Me on the Just Dance Now menu (computer)

Rain On Me on the Just Dance Now menu (phone)

Promotional image, along with Kick It (Classic) and The Other Side (Instagram)[8]

Promotional image, along with Kick It (Classic) and The Other Side (Instagram Stories)

Promotional image, along with Kick It (Classic) and The Other Side (Facebook)[9] 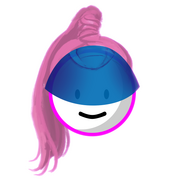 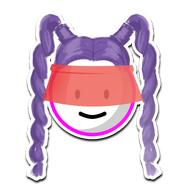 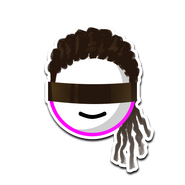 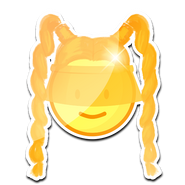 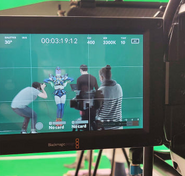 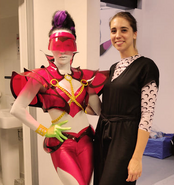 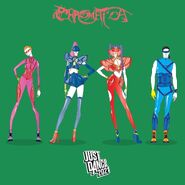 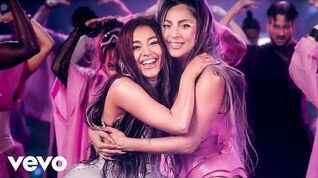 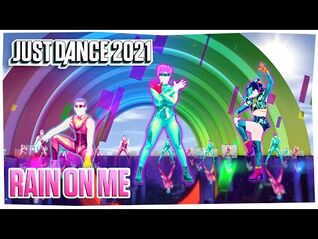 Rain On Me - Gameplay Teaser (US) 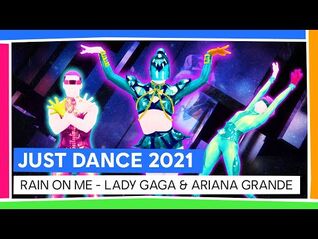 Rain On Me - Gameplay Teaser (UK) 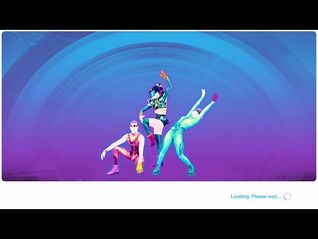 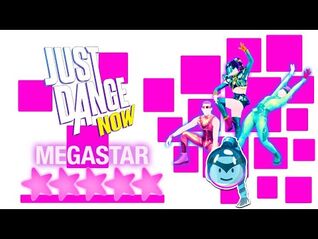 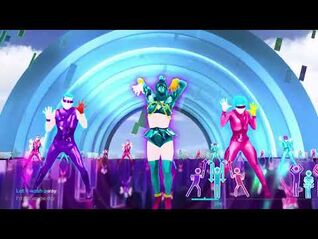 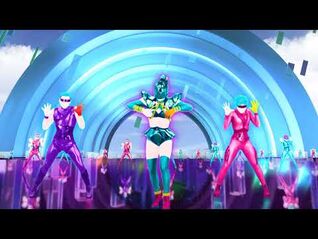 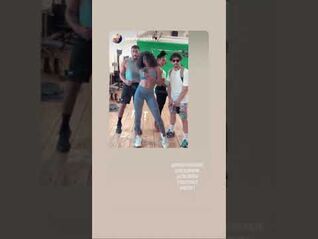