Rave in the Grave

P1 is a voodoo doll that has a rose-and-fluorescent green body. Its head is rose pink, with a green lower jaw, 'sewn' together with turquoise thread. Its body is vertically halved into the 2 colors, and the halves are sewn together with turquoise threads as well. The green half of his body has a violet heart motif with a green border over the chest. Both his hands are red, with the turquoise thread designs. His left leg is red, and his right leg is green, also with the sewing design. He has buttons for eyes: left eye is a green button with a black dot; right eye is a black button with a green thread in the center, forming a cross. He has a tuft of the turquoise threading at the top of his head, along with three big pins (two having green heads and one having a lavender head.

P2 is an invisible man. He has a seemingly invisible head, with yellow glasses at the place of his eyes. His wardrobe includes a violet tuxedo shirt with a black open-chester collar, and black linings all over it. There is a chest pocket with a black lining, and four buttons as well. Underneath that, he wears a rose-red shirt, buttoned to the neck. He wears black pants and rose-red shoes. He also wears a yellow glove on his right hand. He has a violet hat, with a rose red rim.

P3 is a female Gorgon. She has deep blue skin. Her hairstyle resembles multiple yellow and orange snakes, tied together into a ponytail that is left hanging on her right side. She has red lips. Her wardrobe includes a yellow-and-turquoise sectioned dress - the turquoise half draped over the yellow and hangs down all the way down, and a long yellow glove on her right hand. She is wearing brown leather boot heels and an ankle ornament that resembles a violet snake spiraling her right leg. Her jewelry includes a violet ornamental necklace, and a single turquoise hanging earring on her left ear. She wears cat-eye sunglasses with a violet top rim.

P4 is a bright yellow, "dead" tree man. It has glowing violet eyes and a mouth, and the definition of a nose and arms with long branch-like fingers. It also has two leg-like structures. Its trunk is covered in multiple branch-like structures with tree-like details. 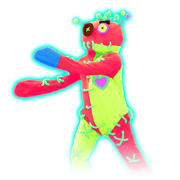 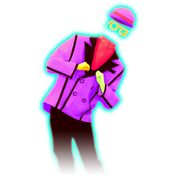 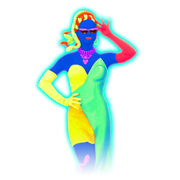 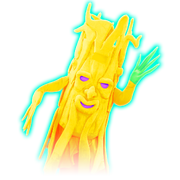 The routine takes place in a mausoleum. Most of the routine and the pre-bridge take place in front of it, which has the word "Grandma" painted in glow-in-the-dark paint on the front door frame. There is a sign in the front with the words "RAVE IN THE GRAVE" painted on it and pointing towards the front door, as well as a tombstone with "DJ RIP" etched into it and cobblestone tiles that flash to the beat of the song.

Throughout most of the routine, the ghost of the grandmother is seen sitting next to the tombstone. She can be seen using the turntable during the chorus.

The chorus takes place within the mausoleum, which has been converted into a dancefloor. A disco ball in the shape of a skull can be seen hanging on the ceiling as the glow-in-the-dark graffiti flashes and spins around the columns to the beat of the song.

During the bridge (which is made up of coffins), several tiles, arches, and lit candles float past the coaches in a line before the background returns to the dancefloor.

Rave in the Grave is featured in the following playlists: 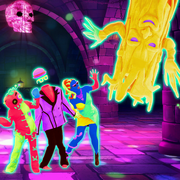 Rave in the Grave 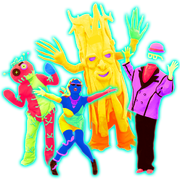 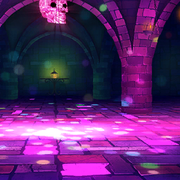 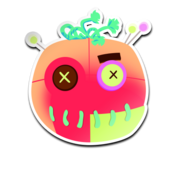 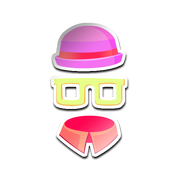 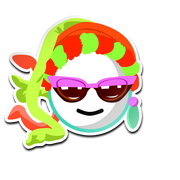 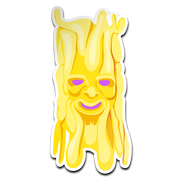 Rave in the Grave on the Just Dance Now menu
(outdated, computer)

Rave in the Grave on the Just Dance Now menu
(outdated, phone)

Rave in the Grave on the Just Dance Now menu
(updated, computer)

Rave in the Grave on the Just Dance Now menu
(updated, phone) 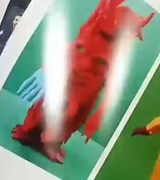 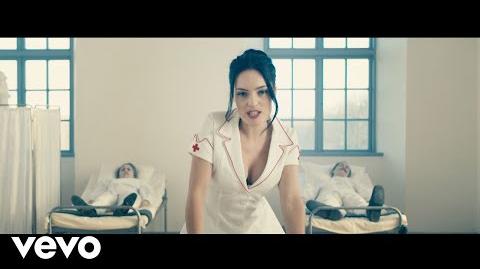 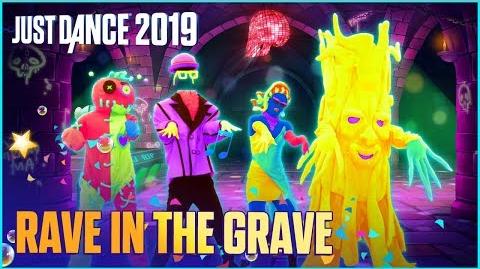 Rave in the Grave - Gameplay Teaser (US) 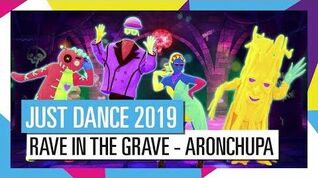 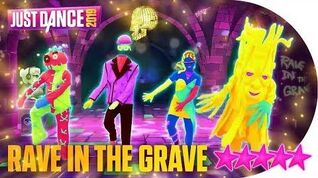 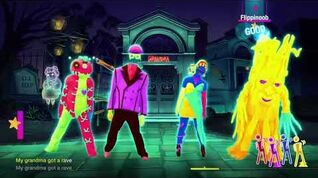 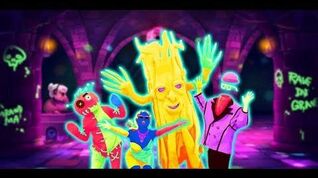 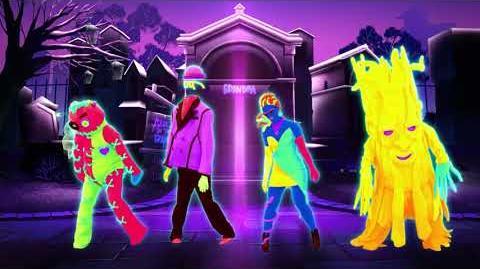 Retrieved from "https://justdance.fandom.com/wiki/Rave_in_the_Grave?oldid=1360943"
Community content is available under CC-BY-SA unless otherwise noted.