Michael Jackson: The Experience (Not available on DS)

The coaches are meant to resemble Michael Jackson and the Egyptian queen from the music video.

P1 has long black hair, a beige sweater with two golden belts wrapped around his torso, a golden Egyptian skirt over a pair of black jeans, and black shoes.

P2 has a black and golden hat, a golden necklace with two shoulder pads, a white bra, two white clothes on her hips, a golden and white skirt, and a pair of black sandals.

In the end, the two coaches spin around and transform into sand.

The background is mostly based on the music video for the song.

The first scenery is a throne hall with a marble floor decorated with concentric rust and orange hexagons, a bronze gong on the left, a throne with two fireplaces over some stairs, a stele on the wall, many red columns and brown blankets around the room, and other fireplaces.

After a sandy transition, it switches to an outside background, with a house on the left and a stand on the right, a net on the top filtering some sun rays, and a stone gateway.

The following background is a terrace, with a servant statue, two fireplaces, two bronze amphorae, a little square pool, and three columns with semi-transparent blankets; past them, a date palm, another part of the palace and some pyramids can be seen.

After a moving curtain transition, the rotation starts over; however, the throne hall background gets darker during the bridge.

There is 1 Gold Move in this routine. 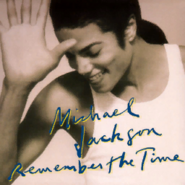 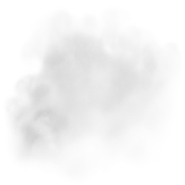 Remember The Time on the Michael Jackson: The Experience menu (Wii)

Remember The Time on the Michael Jackson: The Experience menu (PS3)

Remember The Time on the Michael Jackson: The Experience menu (PSP) 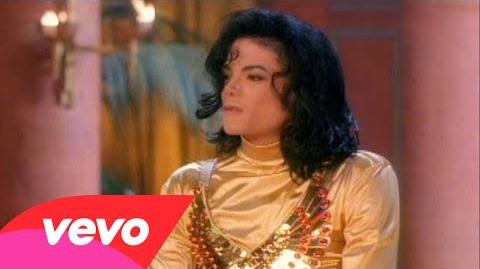 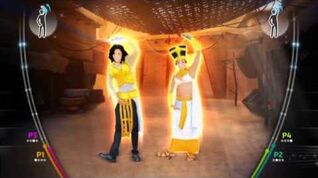 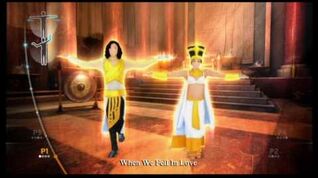 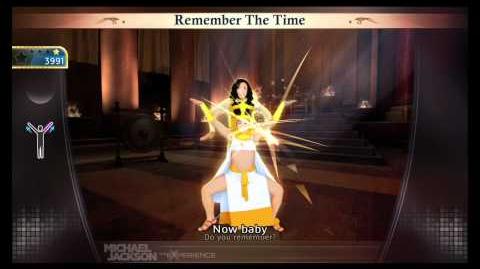 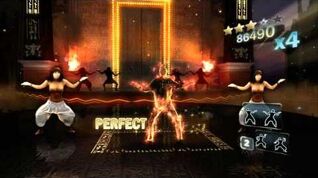 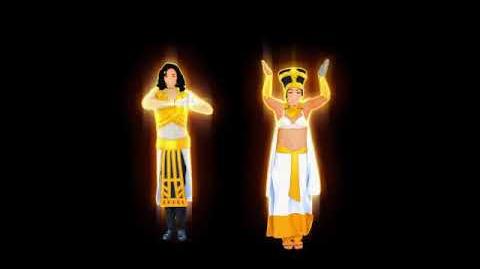 Retrieved from "https://justdance.fandom.com/wiki/Remember_The_Time?oldid=1256504"
Community content is available under CC-BY-SA unless otherwise noted.