The routine is performed by four males.

P1 wears an orange tie on his head, a purple, shirt, purple and green pants, and purple and yellow shoes. His shirt has a green dragon on it.

P4 wears a purple and green shirt, a green vest with green and purple pants, and green shoes. 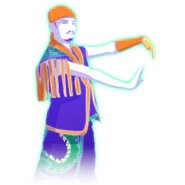 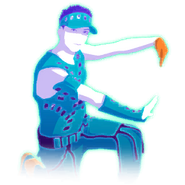 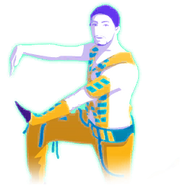 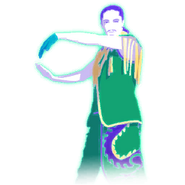 This section is a stub. You can help by adding to it.
The background is red with gold chains. At the exclusive gold moves part, it turns black. At the end, it looks like a sunny field.

Gold Moves 1 and 2: These are Wave Gold Moves which occur in the following order:

Gold Move 3: Put your right hand up and left hand horizontally, then hit your left arm. 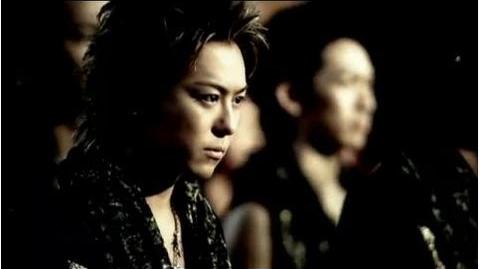 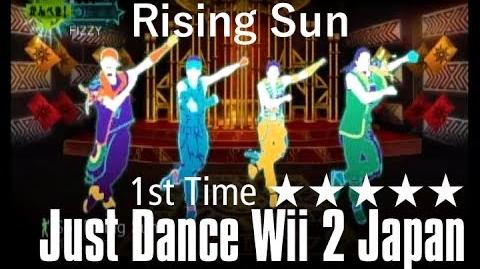