What Is Love? • Speak Your Mind (Deluxe Edition)

1A: Deep Cornflower Blue
1B: Bluish Meteorite
2A: Amber
2B: Light Crail

The routine is a duet between a man and a woman.

P1 is a man who has black, curly shoulder-length hair, and wears an orange beanie, a pair of sunglasses, a black shirt with blue lines, yellow and orange triangles, and an orange trim, black pants with a blue trapezoid on his left leg, and orange shoes.

P2 is a woman who has short black hair and wears a black bucket hat, an orange and black vest with black X's on it, a black crop top, a golden rhombus necklace, two orange bracelets in her right wrist, an orange skirt with black zigzags and a yellow trim, black socks, and orange strappy sandals. 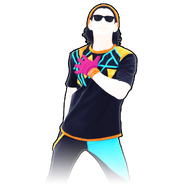 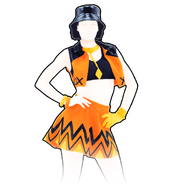 The background contains a lot of colorful circles. It is primarily pink, white and orange. There are some small, black lines comprised into a circle shape. There are also outlines of small, white lines. These circles pump and change in size.

At Sean Paul’s verse, the scenery is split between black and orange, with a circle that is also split. This circle is white on the left and black on the right. It contains small, black triangles on the left and small, orange circles on the right. Several triangles appear on the colored halves. The circle also changes to half orange and half black. The scenery soon changes to black and then white, both with colorful triangles around.

Afterwards in the verse, there is a pink circle on a blue backdrop for a short amount of time with mini triangles that appear and drop down to the beat.

Before the chorus, there are circles with small random shapes inside them that move in and out to the beat of the music and the magenta color then switches with the dark blue background with a light pink color.

At the chorus, more floating circles appear and the backdrop is half blue and half pink, also three colors light blue, pink, and yellow appear to be filling in the background.

Before the bridge happens the scenery spins and lots of colorful circles appearing one after another with mini triangles, smaller circles, and circular lines in the background. During the bridge, the background is entirely black except for a white circle with a violet outline which emits outlines of itself matching the piano chords.

When the song ends, the coaches fade to black with pink sprinkles and the background is similar to the bridge of the song.

Rockabye is featured in the following playlists: 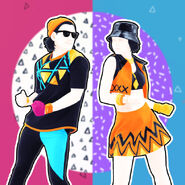 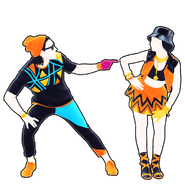 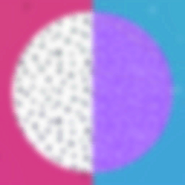 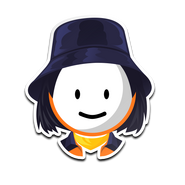 Rockabye on the Just Dance 2019 menu

Rockabye on the Just Dance 2020 menu 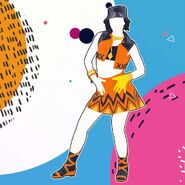 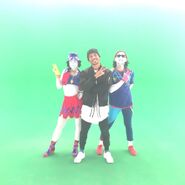 The glitch with P1’s left foot 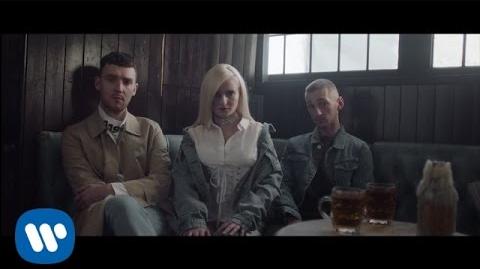 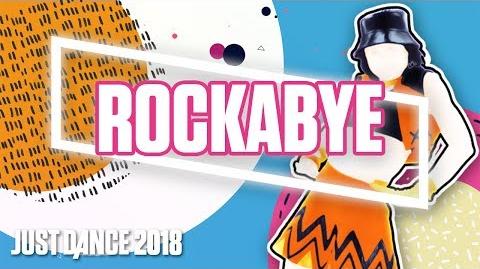 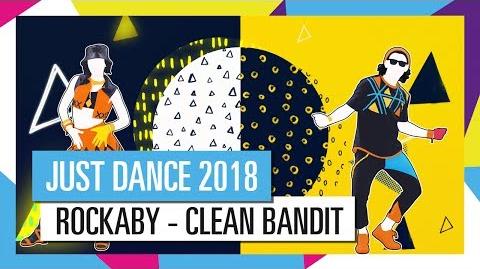 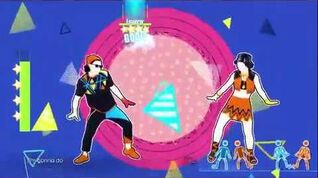 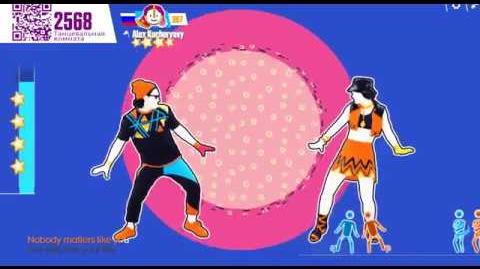 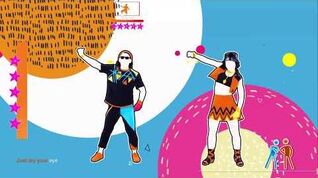 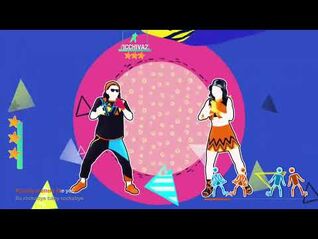 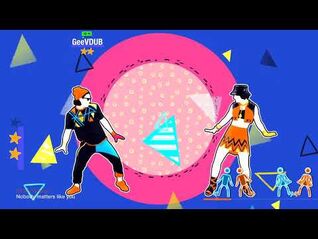 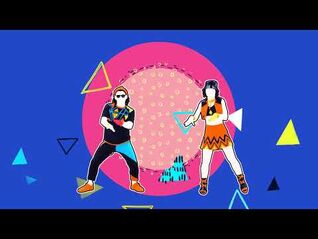