Available on PS3 and Wii U

"Run The Show" by Kat DeLuna featuring Busta Rhymes is featured on Just Dance 4. The song can also be found in the Just Dance Unlimited files.[1]

The song also has an Extreme Version, which can be unlocked through the Wheel of Gifts.

Appearances of the Dancers

Both dancers are women.

P1 has short blue hair under a hoodie, which is part of an aqua sleeveless leotard. Her glove is orange, and she wears a pair of aqua sneakers over plum-colored socks with light blue stripes.

P2 has blue curly hair and wears a pair of drop-shaped earrings, a light blue jacket with short sleeves and magenta highlights, a blue sports bra underneath, magenta shorts, aqua and blue sneakers, and a pair of blue socks with aqua stripes. The earrings are only present on the coach selection screen and do not appear during the routine. 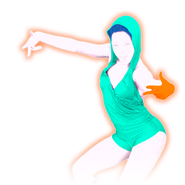 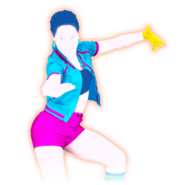 The background is a stage with green, pink, blue, yellow, and violet lines in the background moving to the rhythm of the music.

Run the Show has an unlockable Mashup which is exclusive to the PlayStation 3 and Wii U.

Gold Move 1: Raise your hands to your neck, and make a backward spin from your waist up.
Gold Move 2: This is a right-to-left Wave Gold Move:

Gold Moves 3 and 4: Cross your arms to the opposing dancer. Gold Move 4 is performed on the other side.
Gold Move 5: 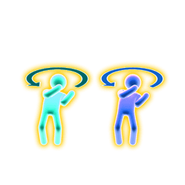 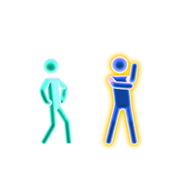 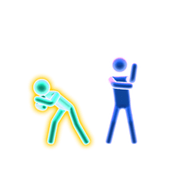 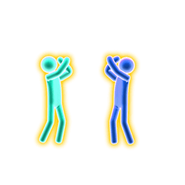 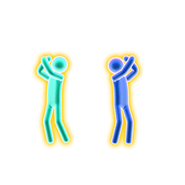 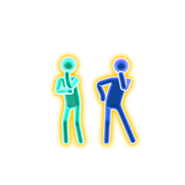 Run The Show appears in the following Mashup: 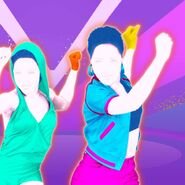 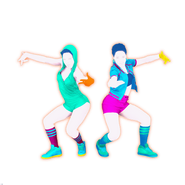 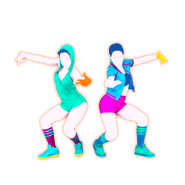 Hit ’Em Up Style (Oops!) with a different color scheme in the Mashup 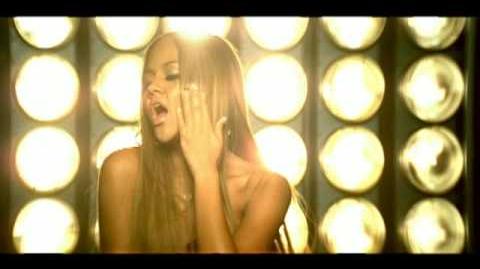 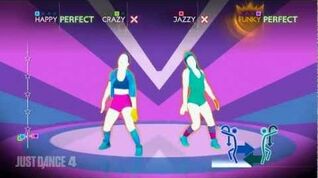 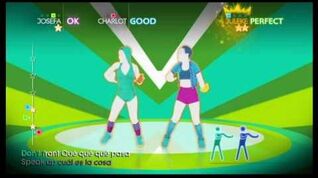 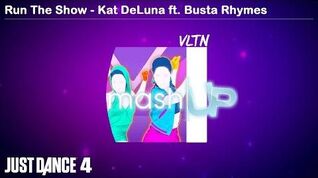 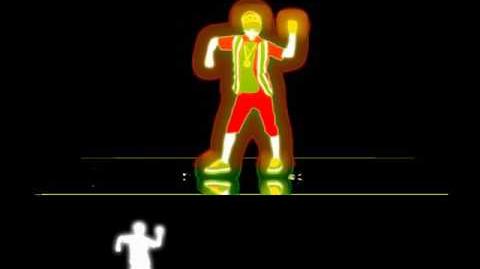