Sarah Magassa[3]
"Run the World (Girls)" (Extreme Version) is featured on Just Dance 2022, where the routine can be unlocked by obtaining Superstar on the Classic routine. It is also featured on 舞力无限.

The coach is a woman with pink and purple hair in a braid. She accessorizes with a bright purple bandanna on her head, black and orange goggles with orange armor accents on her right arm and two orange bracelets consisting a bangle and pearl cuff on her left arm. She wears a black bra. She also wears an African-styled side holder which are orange. She also wear a pair of blue jeans, and black boots with orange socks. Her glove color is bright neon green.

This section is a stub. You can help by adding to it.
The background is a kaleidoscope that uses elements from the Classic routine such as clones of women holding sticks while moving to the rhythm, pieces of wrecked buildings from a broken alley. It starts off with a background with abstract art and sprays, until the beginning of the song, a diamond-shaped dark red and pink obstacle appears with clones of women flash in white. During the verses of the song, the background rotates to the coach’s movements. 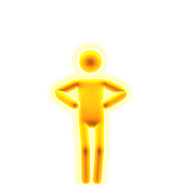 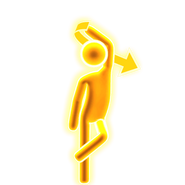 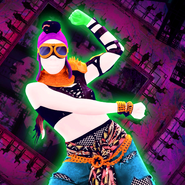 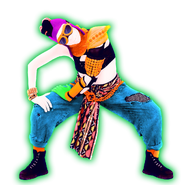 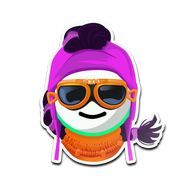 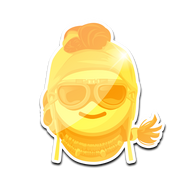 Run the World (Extreme Version) on the Just Dance 2022 menu, prior to unlocking the routine

Run the World (Extreme Version) on the Just Dance 2022 menu, after being unlocked 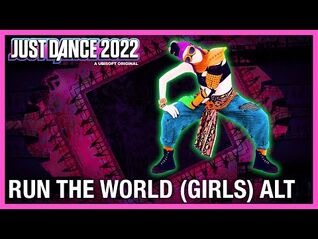 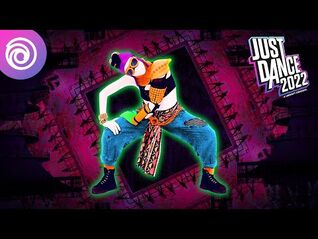