It also has an alternate routine titled “Samba Version”.

The routine is performed by a trio dressed in elaborate Brazilian Carnival costumes. They all have textured, black and white outlines.

P1 is a man. He wears a yellow-orange brimmed hat with three large, orange feathers coming out the top and pink floral accents. He adorns a pair of sunglasses in the shape of sky blue daisies. He is shirtless, but has two green and magenta straps across his chest in an X formation. He wears huge shoulder pads, consisting shorter orange feathers and longer feathers in a lighter orange. He has a yellow-orange and a pink necklace made from roses. As for bottoms, he wears some yellow-orange cycling shorts with large sky blue and green ruffles at the waistline. His shoes are green high-top sneakers. There are orange cuffs made from feathers and pink flowers around both of his wrists.

P2 is a woman. She wears a large, elaborate headdress generally in the shape of a pineapple. The base is yellow and embellished with magenta gemstones, and it is filled with an assortment of fruits, flowers, tall green leaves, and a paper umbrella. Her long orange hair hangs on the sides from beneath her headdress. She wears a brassiere with each cup designed to look like a pineapple. There are small, magenta gemstones within the pattern of the pineapples as well. She also wears a short, yellow and orange mermaid skirt with large green, sky blue, and yellow ruffles. Atop of this is a decorative green and orange belt with magenta accents. Her skirt and brassiere are connected across the stomach by an orange body chain with a central flower embellishment. Her shoes are yellow wedge heels with large black soles. Her accessories include a multitude of gold chain necklaces and bracelets on both arms.

P3 is a man. He wears a hat consisting of a yellow, pointed crown, magenta visor bill, green palm leaves, and taller, fluffy purple feathers. His long dark hair is visible beneath his hat at some parts of the routine. His sunglasses are shaped like pineapples, similarly to P2’s top. He is also shirtless, but wears a chest-piece made of large, green palm leaves and small, yellow berries over his torso. There are more fluffy purple feathers around his shoulders falling to about his mid back and around his waist going past his knees. He wears a pair of simple green shorts with a couple yellow and purple belts loosely wrapped around his waist. One has a green embellishment. Cuffs of green, yellow, and sky blue ruffles cover his shins, just above his orange sneakers. He accessorizes with a gold and blue bangle around both wrists. 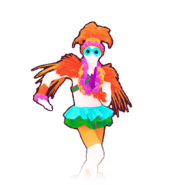 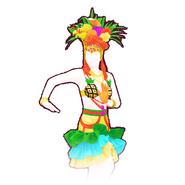 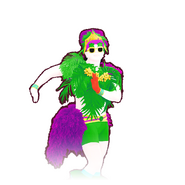 The background is in a hand-drawn, watercolor art style. It mainly consists of colorful stripes and a variety of tropical imagery. These consist of tropical birds like macaws, parrots, cockatoos, flamingos, and toucans; fruits like white pitayas (dragon fruit), papayas, pineapples, and coconuts; and leaves like palm, monstera, fern, and fan. The background switches colors every time the chorus repeats. An assortment of flowers are also seen during the verses.

Both Gold Moves: The second one is the final move in the routine.

Samba de Janeiro is featured in the following playlists: 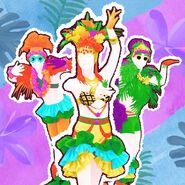 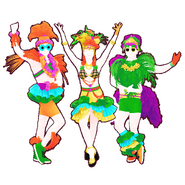 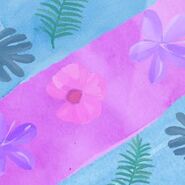 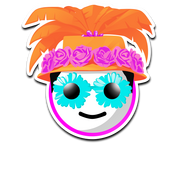 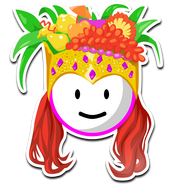 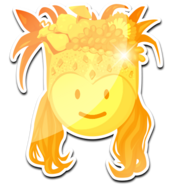 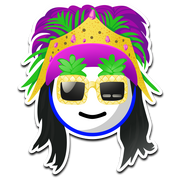 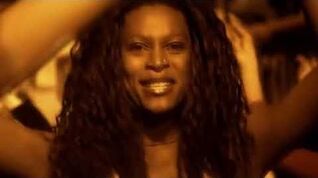 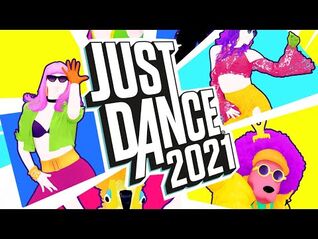 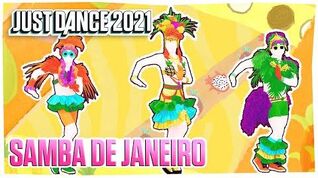 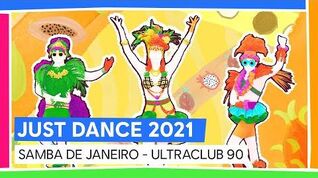 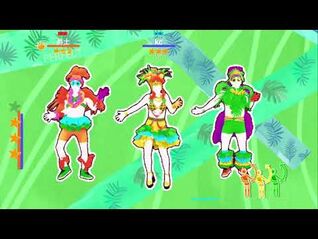 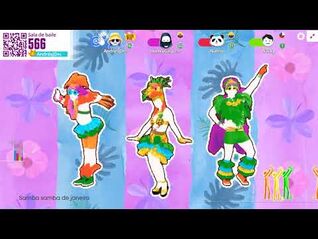 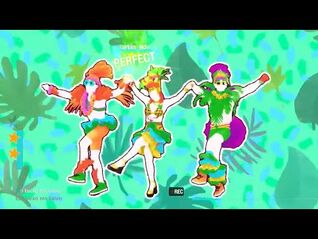 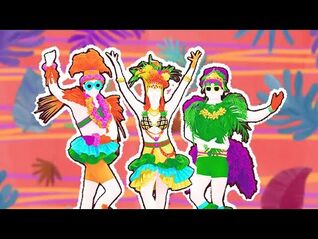