The dancers are a couple. They both have a fading, glowing light blue outline that later changes to pink.

P1 is a woman. She wears her hair in a high ponytail with full black curls. Her outfit consists of a golden yellow off-the-shoulder crop top and a glittery hot pink ruffle skirt. Her top features a small cutout below the chest. Her shoes are strappy violet high heels. She accessorizes with thick gold hoop earrings, a simple gold pendant necklace, and gold bracelets. Her glove is bright yellow.

P2 is a man. He wears a yellow fedora hat with a golden yellow band atop his short black dreadlocks. He also has a full black beard and mustache. He wears a violet and hot pink bowling-style button down shirt unbuttoned, exposing his chest. His shirt is tucked into a pair of dark blue chino pants worn with a black belt. He also wears black and golden yellow wingtip shoes with some hot pink socks. He accessorizes with two gold chain necklaces and a variety of bracelets. His glove is mint green. 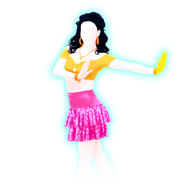 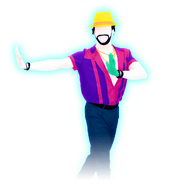 The background is the same as that of the Classic routine, except it is behind a square grid and the flowers, leaves and fruits appear floating to the bottom to the top.

Gold Move 1: Raise your hands up in a semi-circle while putting your leg out to the other coach.
Gold Move 2: Put your arms out while slightly sliding to the right. 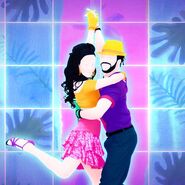 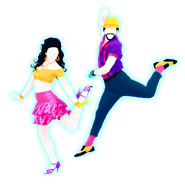 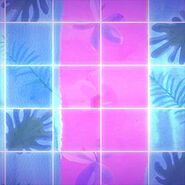 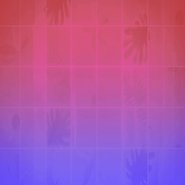 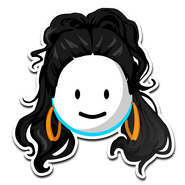 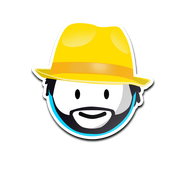 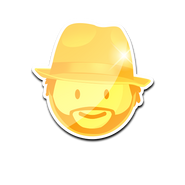 Promotional image for the routine, alongside Lacrimosa and Without Me (Extreme Version) (Facebook)[4]

Promotional image for the routine, alongside Lacrimosa and Without Me (Extreme Version) (Twitter)[5] 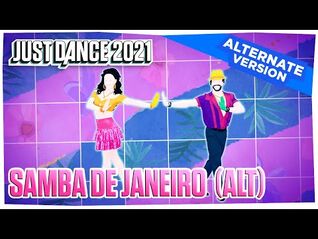 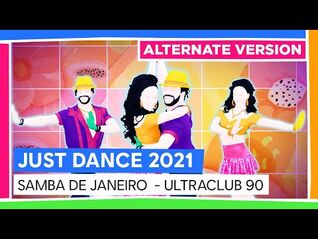 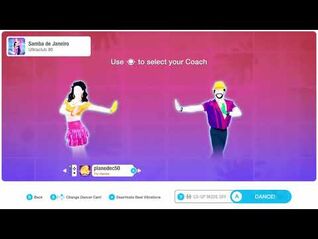