The dancer is a woman with shoulder-length black hair with parted bangs. She has a dark magenta flower accessory resting on the left side of her hair. She also wears a multi-colored button shirt and skirt. The shirt is stripped with navy blue, yellow and pink colors, with a dark magenta bowtie, and steel blue accents. Attached on her yellow skirt are rectangular fabrics with a yellow line on the bottom area, which has colors in pink, navy blue and steel blue. She also wears a pair of yellow knee length heeled boots, with opposing colored accent and ribbon for each boot (navy blue and pink in the left, pink and navy blue in the right). The steel blue parts are covered with shiny sequins. She has a black outline, which is covered by a lime green outline.

The background is some multicolored diagonal stripes, many bubbles, kaleidoscopic shapes, cut oranges and more. The color of the stripes and patterns changes from yellow and orange, to orange and pink, to blue and cyan.

Gold Moves 1, 2, 3, and 6: Raise your right hand up and lift your left foot.
Gold Move 4: Make a heart with your hands above the right side of your head.
Gold Move 5: Rest your chin above your hands and jump with your knees bent out behind you. 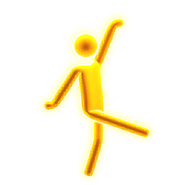 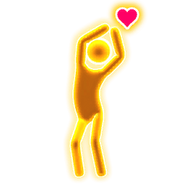 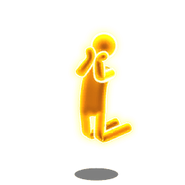 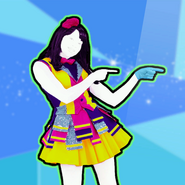 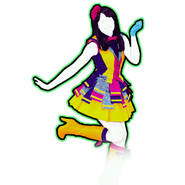 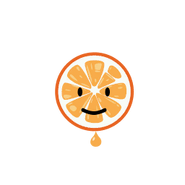 賛成カワイイ！ on the Just Dance Wii U menu

The glove glitch that appears in a trailer 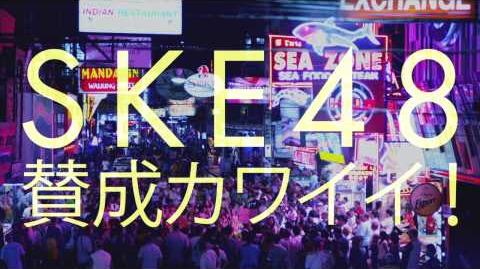 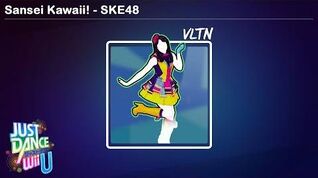