P1 is a woman with hair in buns that wears sunglasses, a visor, hoop earrings, a necklace and bracelet, with a bikini top and a skirt with a curved stripe pattern on them, and sneakers.

P2 is a man. He wears a baseball cap, sunglasses, a tie-dye shirt, a necklace, and a bracelet, with ripped jeans and sneakers.

This section has content which remains to be confirmed! You can help by adding to it. Remember to cite!
The background is currently unknown, as the only known footage lacks a background and instead uses a blank black background.

There are 3 Gold Moves in this routine:[1] 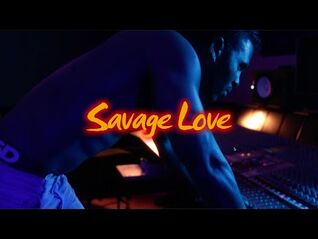 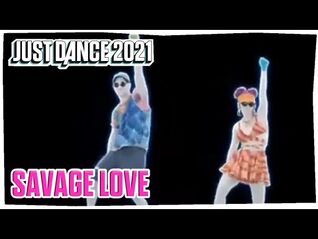