Jerky Jessy[1]
"Sax" by Fleur East is featured on Just Dance Unlimited, Just Dance Now, and 舞力无限. It was first discovered in the files of Just Dance 2018.

The dancers are a trio of ladies in superhero outfits.

P1 is a woman with shoulder-length black hair. She wears a lavender masquerade mask, blue and orange cap, a pink hooded suit which is cut on the sides of the rib-cage, which exposes a purple strapless bra, a black tied belt, black straps around her left leg, and a pair of navy blue shoes.

P2 is a woman with lavender hair done in a high ponytail with bangs. She wears a red and orange masquerade mask, an orange and red short-sleeved suit split in half by color, two black bow-ties (one around her neck and one on her waist), and a pair of knee-high stiletto boots that are half-split between red and orange.

P3 is a woman with braided pink hair. She wears a blue masquerade mask, a navy blue suit with halter straps, a corset, a cape at the hips, and navy blue ankle boots. 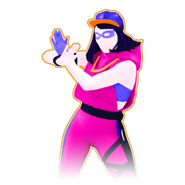 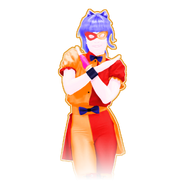 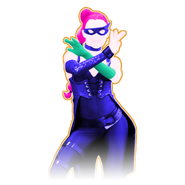 The background begins in a dark, neon-lit area, which moves from right to left. A limousine and the outline of roulette wheels move along this area. This area also briefly appears at the end of the song.

During the pre-chorus, there are three panels, each containing a silhouette of each dancer. It lights up one by one with P3 with the color red talking on a phone, P1 with the color yellow sneaking with a camera, and P2 in the color pink seen clutching a bag. Then the colors shift to different coaches doing fighting style moves. Now their colors are different: P1 is red, P2 is yellow, and P3 is pink.

During the first and second chorus, there are a massive amount of explosive flames with silhouettes of the dancers in the center. It then switches to a glass tunnel (the flames being visible through the glass), where the dancers are on purple delivery trucks. There are also orange and yellow helicopters flying by the dancers.

During the second verse, there is a dark purple safe door, which opens with blue diamonds and blue rectangles tightly formed in a rectangular tunnel where blue cars are driving. A big purple steering wheel is also seen controlling the cars.

In the third verse, the screen is dark blue which means the ocean and there are submarines and an outline of a radar screen. At the final parts of the song, it changes to glowing shapes of satellite dishes and rocket ships with a large countdown meter in the center. The countdown starts in a blue color from the number 20, as soon the countdown starts it turns yellow starting from 19 to 11, and finally red from 10 to 1. After the countdown, the dancers fly through space on a rocket ship along with other rocket ships. Then after the last chorus, a big purple planet that resembles Jupiter appear with flying rockets behind.

There are 4 Gold Moves in this routine, all of which are right-to-left Wave Gold Moves:

Sax is featured in the following playlists: 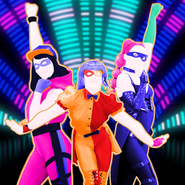 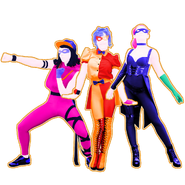 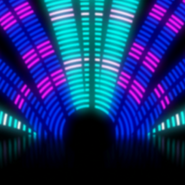 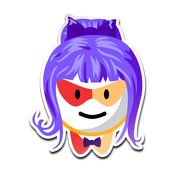 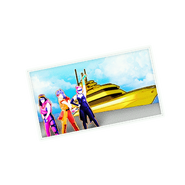 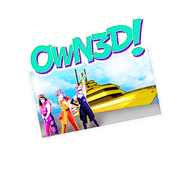 Editing error (P1 steps out of the ship) 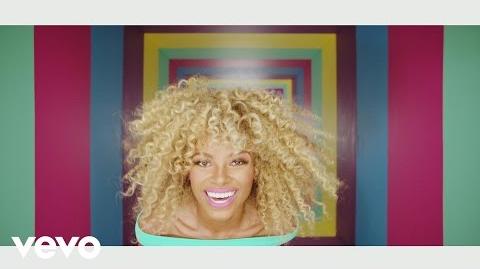 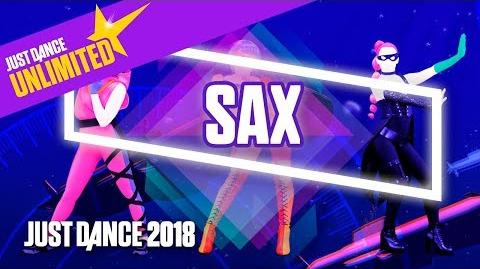 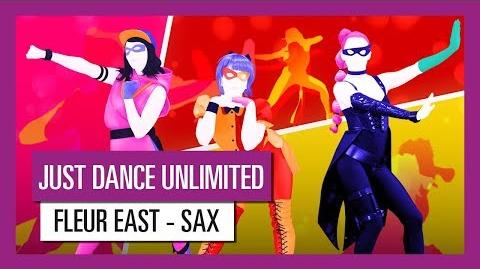 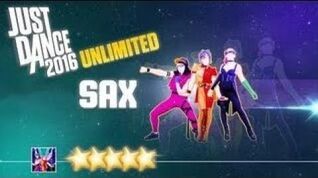 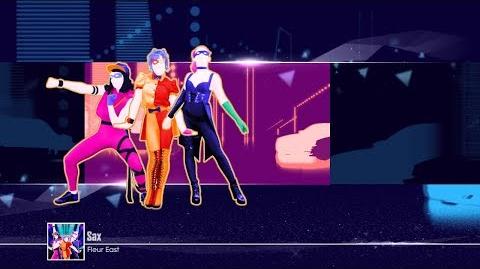 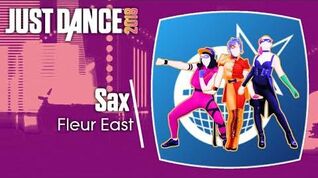 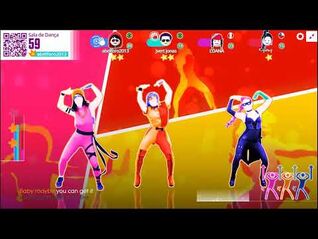 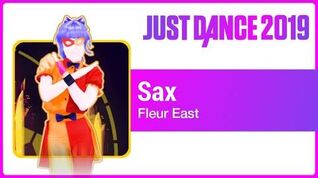 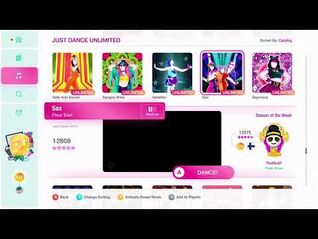 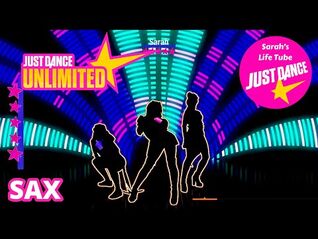 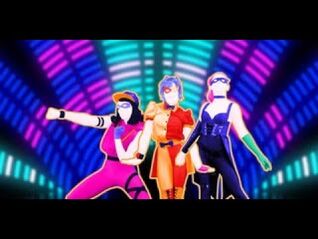