1A: Purple Fresh Eggplant
1B: Bright Toledo
2A: Pizazz
2B: Bright Pompadour
Beta
1A: Light Brown
1B: Black
2A: Gold
2B: Light Brown

The lead dancer is female and the backup dancers are male.

P3 has black hair in a bun and wears black and yellow sunglasses, a green shirt with a red V shape on it, black leggings, and orange sneakers. 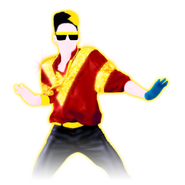 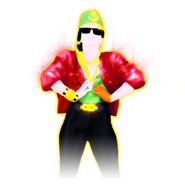 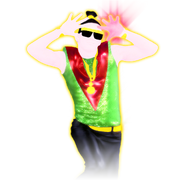 The background is a red space with numerous flowing sparkles (almost identical to Let’s Groove with the stars). The dancers’ outlines are multiplied outward. Circular discs with yellow pebbles are seen pumping outward to the trio. An inward pink and yellow spiral is also found. The yellow pebbles in the spirals are actually trumpets. There is also at the beginning a spaceship that is made of trumpets since the song's main instrument is trumpets as well as other instruments.

September has Maashup playable through Just Dance Unlimited with the theme "Sweatember".

Gold Moves 1 and 3: Put your right arm up while kicking. (Movement is Happiness (Find Your Thing))
Gold Move 2 Lower your hands quickly. (I Kissed a Girl (Sweat Version)) 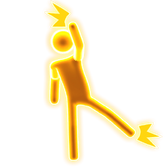 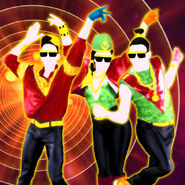 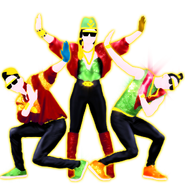 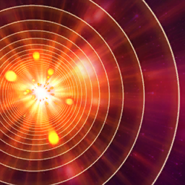 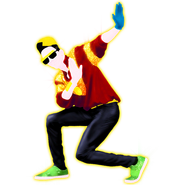 September on the Just Dance 2018 menu 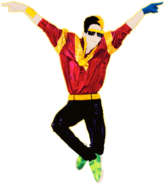 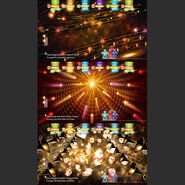 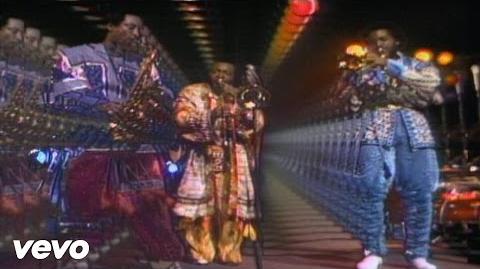 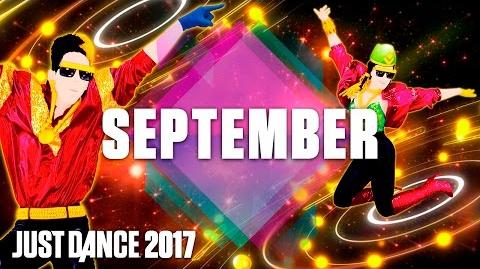 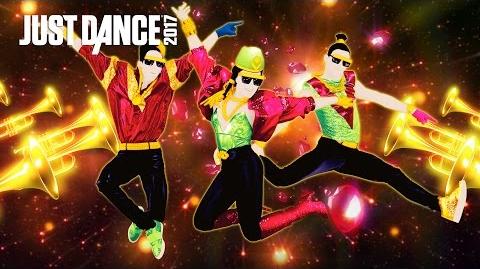 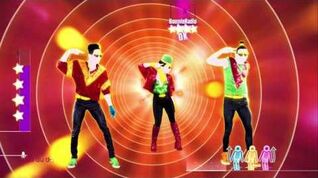 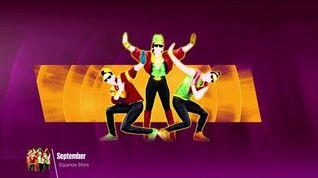 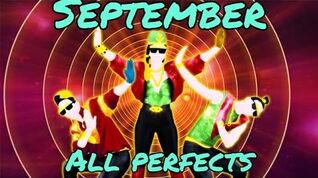 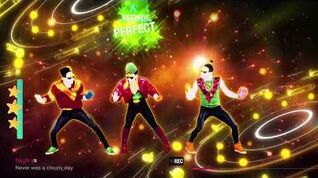 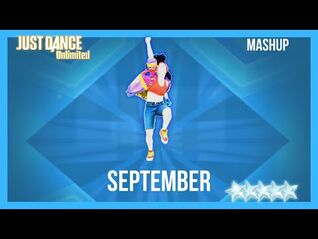 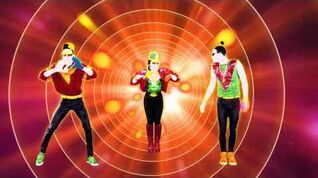 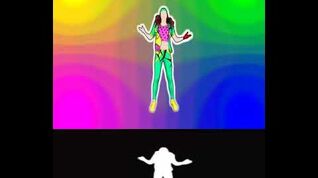 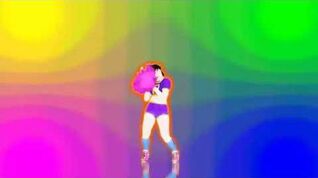 Retrieved from "https://justdance.fandom.com/wiki/September?oldid=1339702"
Community content is available under CC-BY-SA unless otherwise noted.