"Shake It Up" by Selena Gomez is featured on Just Dance: Disney Party.

P1 is a girl with red hair that is in a ponytail, she wears a gray crop top with a black line pattern over a violet blouse, yellow pants ripped at the knees and dark purple boots. She represents Cece Jones.

P2 is a girl that has brown hair in a ponytail, she wears a cow print t-shirt with a jean vest with black fringe over a black long-sleeved shirt, a red ruffled skirt layered over a white ruffled skirt, black leggings and black sneaker boots. She represents the character Rocky Blue.

The background is a dance floor with the city of Chicago at night in the background in the distance, the city glows when the bass beats. At the chorus, there is a crowd cheering on the characters. It resembles the rooftop dance floor that Cece Jones and Rocky Blue (Bella Thorne and Zendaya) are posing on in the main promotional poster for the Disney show.

All Gold Moves: Quickly put your hands up twice. 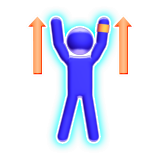 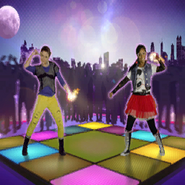 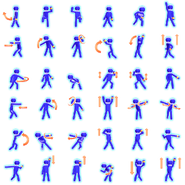 Shake It Up on the Just Dance: Disney Party menu 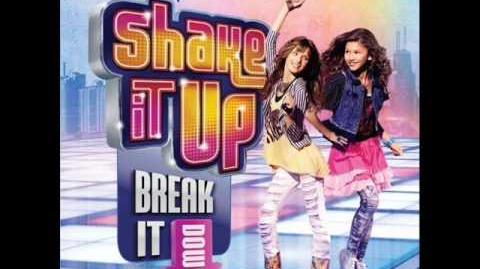 Selena Gomez - Shake It Up Theme(audio) 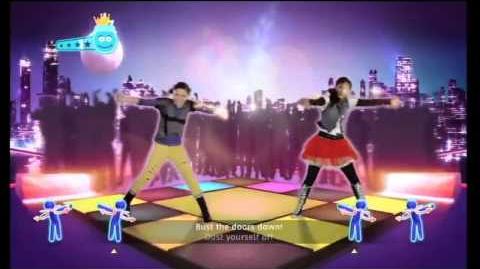 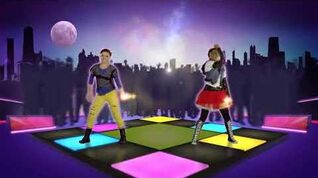 Retrieved from "https://justdance.fandom.com/wiki/Shake_It_Up?oldid=1301374"
Community content is available under CC-BY-SA unless otherwise noted.