The dancer is a humanoid made of orange jelly. His head has a few tufts and has a perpetual grin. He wears a pink buttoned up shirt with a yellow bow tie and three yellow buttons, and short blue pants. He also a pair of round sunglasses with dark purple lenses and half-yellow/half-purple frame. He has an orange outline.

The routine takes place in a white cylindrical room with a light in the middle and outside of the room are tubes with liquids that move to the beat. There are colored desserts (mostly orange, pink, and yellow) that move from side to side and adjust in a line according to the rhythm of the song.

Every time "shaky shaky" is sung, gelatins in different colors start moving from side to side. When a line is finished, another gelatin is added to the background.

When "Terremoto" is sung, there are marmalades that jump up, get in line, and change places every line. Later, the background returns to the beginning. Then, the background changes into a giant tower of colored jellies.

Closely to the ending of the routine, there is a "rain" of rainbow sprinkles. The coach then turns flat, and disappears.

Both Gold Moves: Kick the air with your right foot while your hands are in the air. 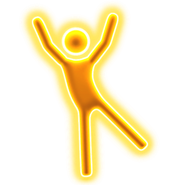 Shaky Shaky is featured in the following playlists: 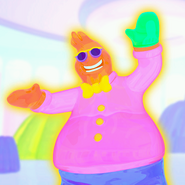 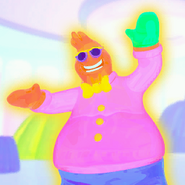 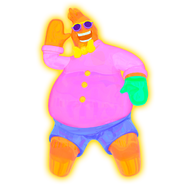 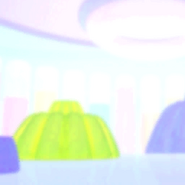 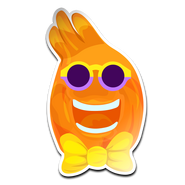 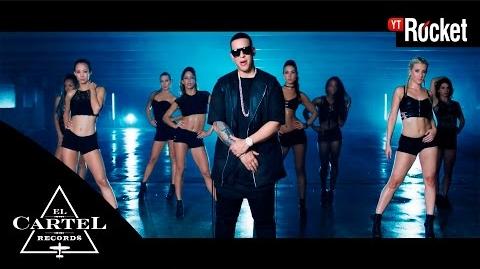 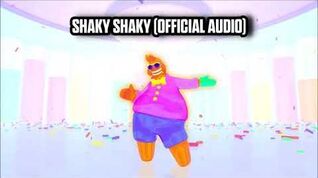 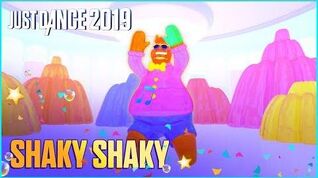 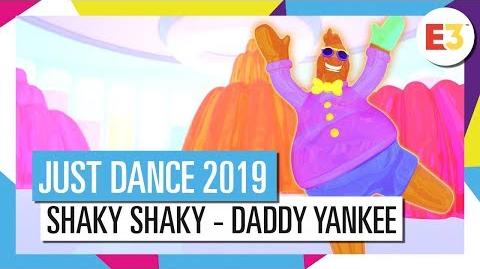 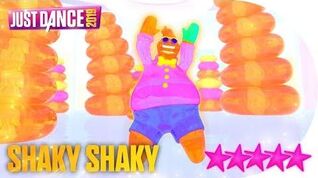 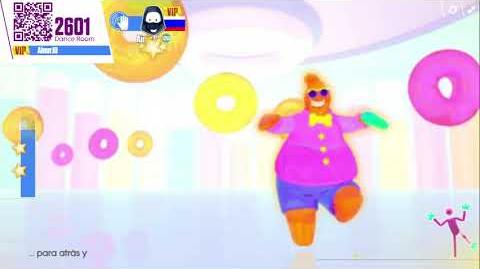 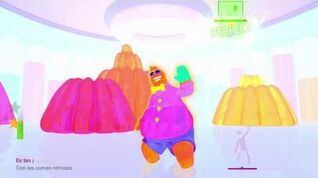 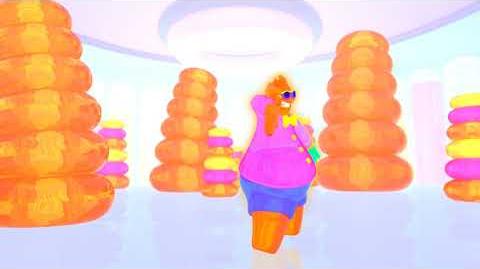 Retrieved from "https://justdance.fandom.com/wiki/Shaky_Shaky?oldid=1157582"
Community content is available under CC-BY-SA unless otherwise noted.