Jérémy Paquet[1]
"Should I Stay or Should I Go" by The Clash is featured in the Best Buy Edition of Just Dance 2. It was also planned to be in Just Dance: Summer Party, but was removed for unknown reasons. The song can also be found in the Just Dance Unlimited files.[2]

The dancer is a man who resembles a punk rocker with a blue spiky mohawk. He wears a UK flag tank top under a dark blue leather jacket that was torn in a few parts, a red spiky necklace, blue jeans with tears in them near the knees and black boots with red laces.

In the remake, the coach seems to be brighter and slightly more realistic.

The background is near a road that appears dirty. It has a tower and other buildings behind it. On the road, there is a writing that says "Look left". At the end of the routine, the words "Should", "I", "Stay" and Go" appear behind the dancer who is on a reflective floor in front of the road. The sky behind is red orange and there's red rain.

In the remake, the background is red red and slightly more zoomed in and the floor looks more bent. The red rain is also absent.

Gold Move 1: Pull your arms out slowly and rotate your body clockwise.
Gold Moves 2 and 3: Put your arms forward, one time to the right and one to the left. 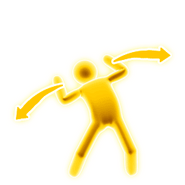 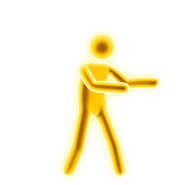 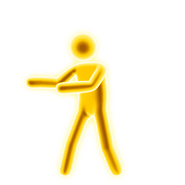 Should I Stay or Should I Go appears in Puppet Master Modes in Just Dance 4. Here are the captions attributed to his dance moves: 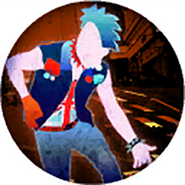 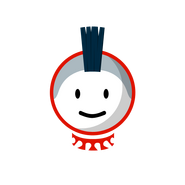 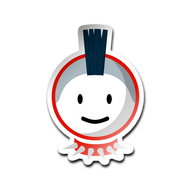 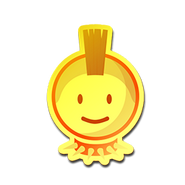 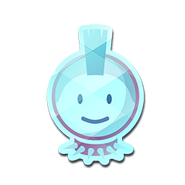 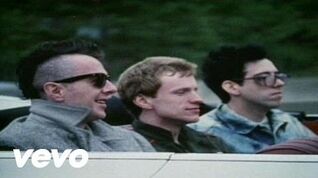 The Clash - Should I Stay or Should I Go (Official Video) 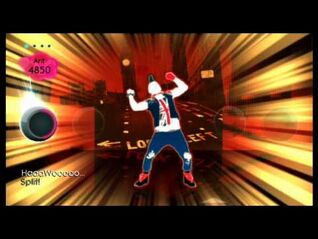 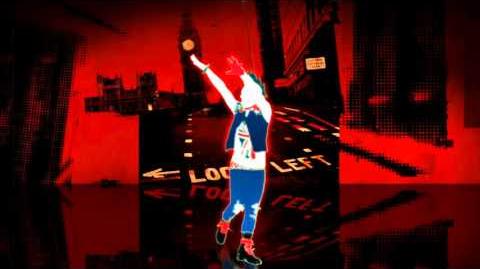