P1 is Christina Minz. She has blonde hair, and tucked-in red T-shirt with the logo for Flying Steps Academy on it, beige pants, a blue belt that hangs loosely at the end, blue sneakers, and a white glove. 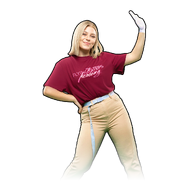 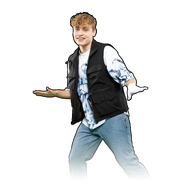 The routine initially takes place in 2 separate locations: a room in the Flying Steps Academy studio and Marek Fritz’s living room, with the background partitioned into 2 sections to show both coaches dancing in their locations. During the final verses, Marek’s section widens such that only his section is present on screen, with both coaches finally meeting each other personally and completing the rest of the routine together.

P1 is dancing in a dark-blue room in the Flying Steps Academy studio. 4 coloured fluorescent lamps arranged in an inverted V flank her sides while a dim neon light hangs on the ceiling.

Marek Fritz is dancing in his living room, which has the same fluorescent lamps flanking his side, but this time placed on a charcoal-grey L-shaped sofa with a cream and beige cushion present. The living room has a dark wooden floor and a bare brick wall. After his section widens up, it reveals another L-shaped sofa of the same color and cushions with another 2 fluorescent lamps on it.

Gold Move 1: Tuck your arms in around your chest and spin clockwise.
Gold Move 2: Throw your arms out in front of you, step left while throwing your arms out, bring you arms together again, and step right. P2 does this first, then P1.
Gold Move 3: High five. 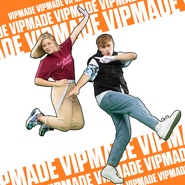 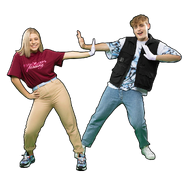 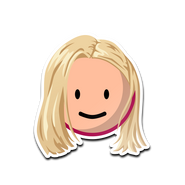 Shoutout on the Just Dance 2022 menu 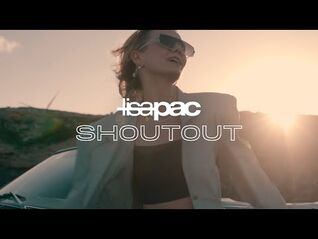 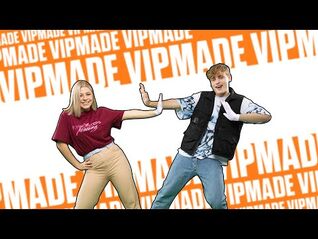 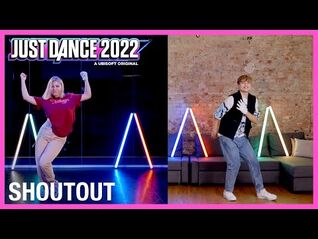 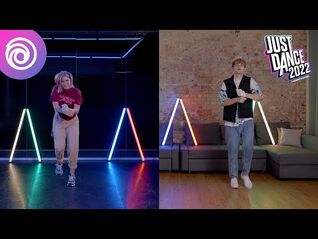 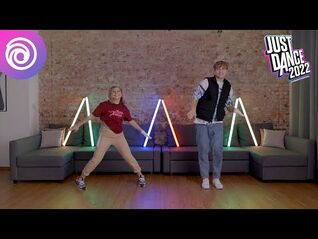 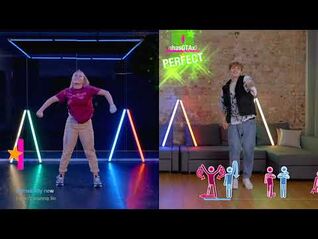