The song has an alternate routine titled "Cycling Version". The alternate version is a sit-down dance, meaning the user can remain seated throughout the dance.

On the 8th-generation console and Nintendo Switch versions of Just Dance 2018, Side to Side was one of fifteen songs to be playable from the beginning. 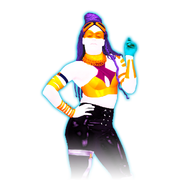 The dancer is a woman with long, box-braided purple hair in a half-bun style. She has a pair of orange goggles on the top her forehead, a gold visor, a yellow and pink turtleneck bra with a keyhole in the cleavage, a pair of black patent pants, a lavender garter belt with a knee protector on her right knee, and a pair of lavender high heel boots. Her pants flash bright lavender several times during the chorus. During Minaj’s verse, her skin turns black. The dancer herself seen on the TV screens have a different color scheme and are wearing the goggles. Sound effects like that of rain and machinery can be heard throughout the routine.

The routine starts off with a wall that has a circular window which opens up which reveals and takes place at a large, futuristic metropolitan city with tall screens featuring the dancer and another unknown man. The screens closest to the dancer fly away, revealing most of the city, which flashes different colors. While the city is orange, some circular, flashing disco light drones fly around. The platform that the dancer is on flashes pink. When the city turns blue, lightning strikes and blue shields flash around. After a short rainstorm, the screens fly up again. During the chorus, a giant machine with TV screens form then open up which reveal the dancer and unknown man doing different dances, then it flies away after the chorus.

During Minaj’s verse, some black walls close against the city, shielding most of everything and only revealing it through a circular window. Then the buildings featuring the dancer herself and the unknown man start to spin and the window turns transparent revealing what is happening to the buildings behind the dancer until it stops when Ariana’s lines come up.

All Gold Moves: Jump left and push your hands down towards your hips. 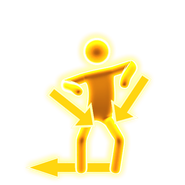 Side to Side is featured in the following playlists: 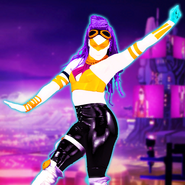 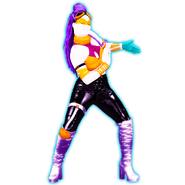 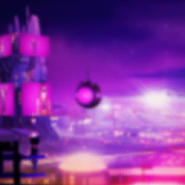 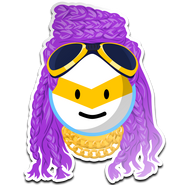 Side to Side on the Just Dance Now menu (2017 update, computer)

Side to Side on the Just Dance Now menu (2017 update, phone)

Side to Side on the Just Dance 2019 menu

Side to Side on the Just Dance 2020 menu

Side to Side on the Just Dance Now menu (2020 update, computer)

Side to Side on the Just Dance Now menu (2020 update, phone) 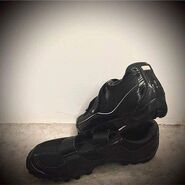 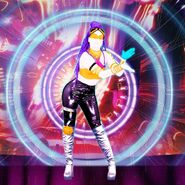 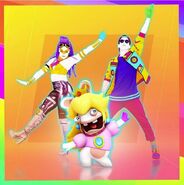 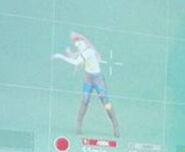 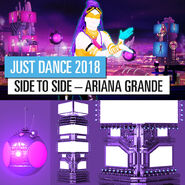 Pictogram bug in the preview 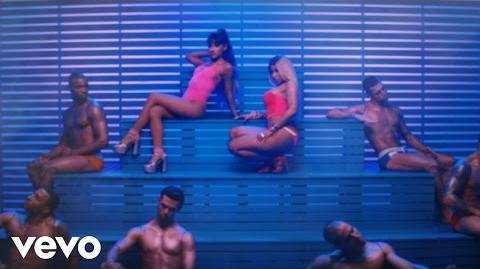 Ariana Grande - Side To Side ft. Nicki Minaj 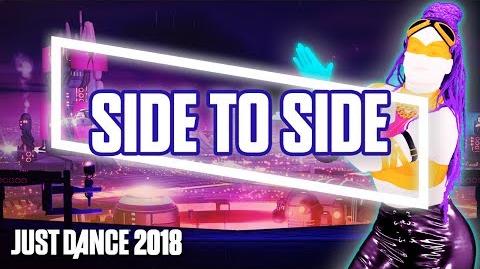 Side to Side - Gameplay Teaser (US) 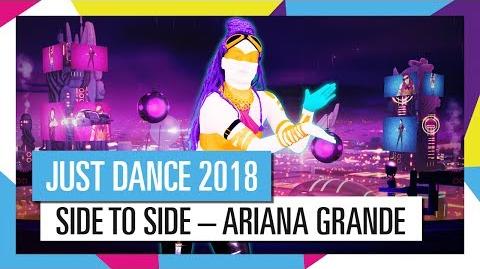 Side to Side - Gameplay Teaser (UK) 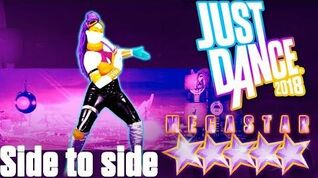 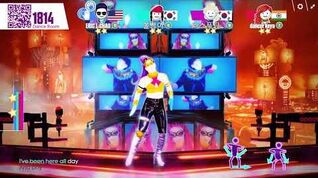 Side to Side - Just Dance Now 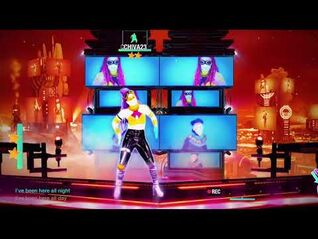 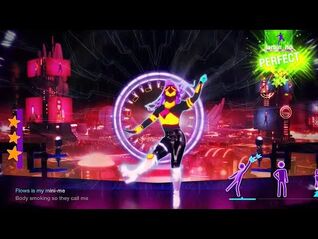