Single Ladies (Put a Ring on It)

"Single Ladies (Put a Ring on It)" by Beyoncé is featured on Just Dance 2017, Just Dance Unlimited, 舞力全开2017 and Just Dance Now. 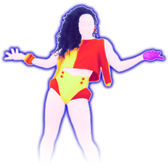 The dancer is a woman with very dark blue curly hair. She wears red earrings, a yellow and red crop tank, matching panties with padded hips and buttons, red heeled sandals, and she wears a purple glove, and a gold bracelet. She resembles Beyoncé in the music Video.

The background features mostly silhouetted women with braided hair, a sleeveless leotard, stilettos, and red lipstick, which is white at some parts. Upon first view in the preview, there are six copies, following the playable dancer. When the next verse kicks in, three panels with rectangles passing by. There are sixteen copies of them, where she claps, flips her hands, and shakes her shoulders. The panels slowly float in rows, and each individual one pumps. Next, there are two panels of her. She stands on white backdrops, while the main dancer stands in one, and when she points, the background dancer points back at her. The background dancers' panels briefly turn pink. What follows is a reversed black triangle and two white right triangles, each with a clone of this backing dancer, as well as four panels of similar colors. Her skin is black in the black sections, and her skin is white in the white ones just like the music video.

In the bridge, there are six copies of the same background dancer in her black version, placed one behind the other on both sides.

At the last chorus, the two white clones of the background coach dance randomly, unlike the previous choruses.

There are 2 Gold Moves in the routine:
Gold Move 1: Bend down and touch your legs.
Gold Move 2: Put your hands at the back of your head.

Single Ladies (Put a Ring on It) appears in the following Dance Quest maps:

The routine has a Community Remix. The following are featured:

Singleladiessqu.png
Single Ladies (Put a Ring On It) 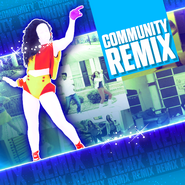 Single Ladies (Put a Ring on It) (Community Remix) 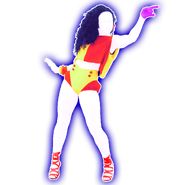 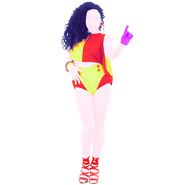 Photobooth coach
Add a photo to this gallery

Comparision between Beta and final
Add a photo to this gallery 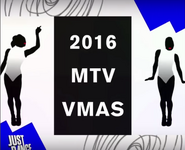 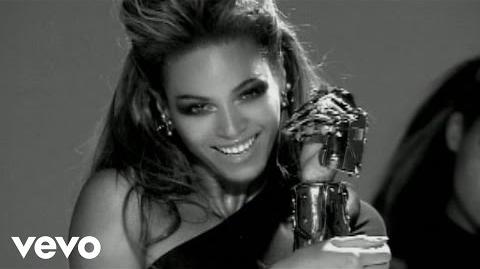 Beyoncé - Single Ladies (Put a Ring on It) 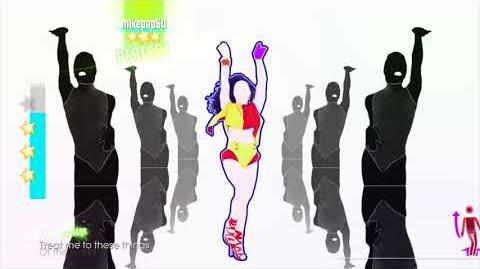 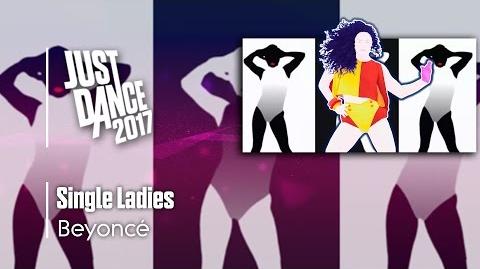 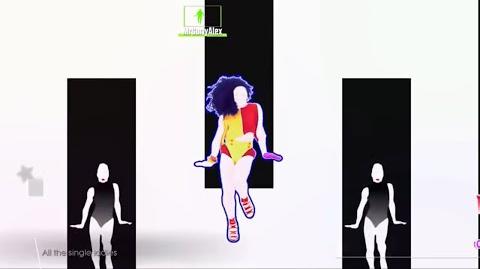 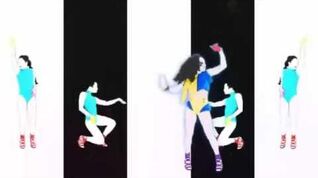 Retrieved from "https://justdance.fandom.com/wiki/Single_Ladies_(Put_a_Ring_on_It)?oldid=827631"
Community content is available under CC-BY-SA unless otherwise noted.