The dancers are performed by a man and a woman. They both have black and white bold outlines.

P1 is a man with black shoulder-length hair in a mullet and a black walrus-style mustache. He wears a light purple jacket with black zebra stripes and turquoise collar and inner parts and sleeve cuffs, a light turquoise sleeveless fishnet shirt, light purple sweatpants with similar design with his jacket and light orange shoes with black laces and white soles. He also has a pair of purple sunglasses, a gold chain necklace with a golden emblem attached to it and a golden watch and a golden bracelet on his left wrist.

P2 is a woman with long pink hair and bangs. She wears an orange cropped long-sleeved sweatshirt with fur and a black garter end, a pair of turquoise high-waist shorts with a black cloth belt with gold chains and a buckle, light orange tights, pink leg warmers and a pair of turquoise and orange shoes with thick white soles. She also wears a light pink headband, golden hoop earrings, and small golden chain bracelet on her left wrist. 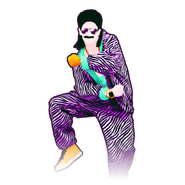 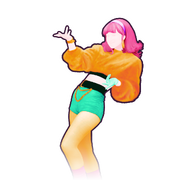 The background showcases various dancers from Just Dance 2020 and Just Dance Unlimited following the duet’s routine including copies of the routine’s coaches and the following dancers:

The coach from God is a woman also appears looking at the main coaches, but she refuses to dance and waves her hand in denial and walks away. During the instrumentals, these dancers are filtered behind sliding, red panels. During the vocal verses, the colors are more diverse (mostly blue and pink) and the dancers are fully visible. At the chorus, the panels are circular, the dancers are filtered, and the individual panels change between blue, light green, purple, and pink while flashing orange.

Both Gold Moves: Put your hands out and bend your knees outwards. Gold Move 1 is done by P1, then by P2.

Skibidi is featured in the following playlists: 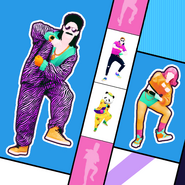 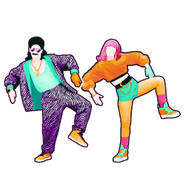 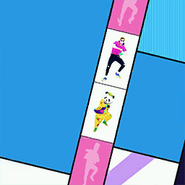 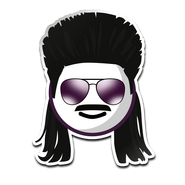 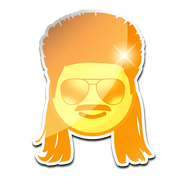 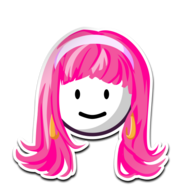 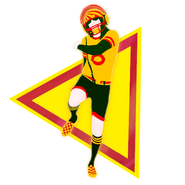 Routine in promotional picture on Amazon, along with the coach in Fit But You Know It 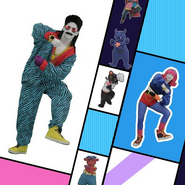 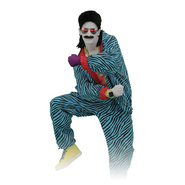 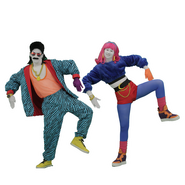 Error in the background (Lush Life’s coach is upside down, E3 build) 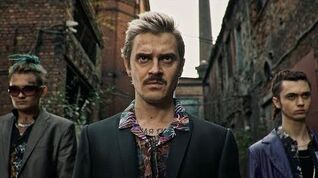 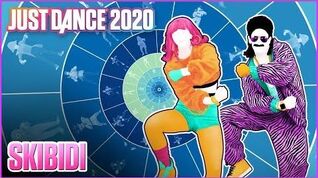 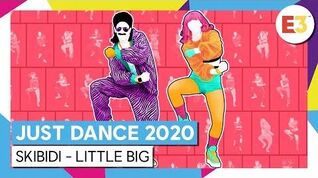 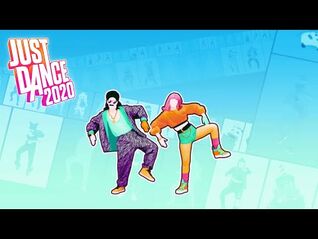 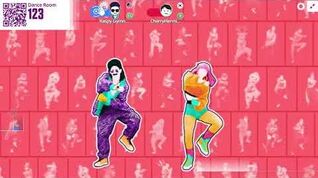 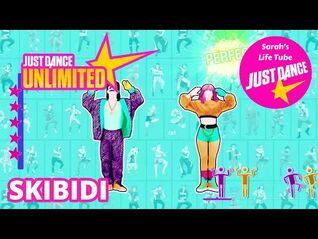 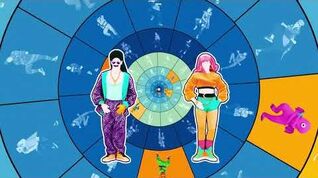