The routine is performed by an all-female dance crew. The wardrobe is heavily influenced by traditional Asian fashion trends.

P1 is a woman dressed in a maroon purple top with a Chinese neck and bouffant, frilly skirt attached to the lower end of the top. She is also wearing golden-yellow tights with red heels. She also happens to wear a pair of Korean norigae (tassels) around the neck of the dress. Her hair is styled in the form of a tight top bun secured with simple Hanfu hairpins. The dress is unbuttoned in the chest region, showing her black bra. She has a long black glove on her right arm and wears a yellow glove on her left hand.

P2 is a woman who wears a golden sleeveless suit which extends as a skirt only on the back. She wears a back inner strapless body-suit with tights and yellow heeled shoes. There is a golden ring over the leggings on her right leg. A pair of the frilly braided shoulder accessories is also worn. Her hair is done up as a top bun with bangs. There is a red strip of hair among her bangs that is slightly longer than the bangs and the bun is secured by a Japanese-style ogi-bira kanzashi or hairpin.

P3 is a woman wearing a red Chinese-style Charleston dress unbuttoned right above her chest. The center of the dress, covering her stomach and chest, is made of black fabric. She also wears yellow tights with red heels. Her hair is a simple tight bun, but over her head are two Japanese fans adorned in an alternate arrangement. The fans are red and maroon-purple in color.

P4 is a woman wearing a sleeveless red-and-yellow body suit that forms a cross around the neck and connects behind the neck to form a Chinese collar. The front of the dress is yellow with a pair of red tassels hanging from each side of her waist. The sides and the back of the dress are red and extend to form a half-skirt. There is a pair of golden tight shorts right beneath the top. Under the shorts, she wears maroon-purple tights with black heels.

She wears a pasted down tight hairstyle, with the hair being swept behind and tied into a bun, but a part of it waves forwards to the forehead, while still being pasted down to the scalp. From the bun behind two thin braids come around the shoulder and rest on her chest. Over her hair is a red headgear that has two red tassels hanging on either side. 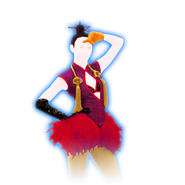 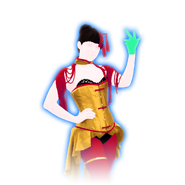 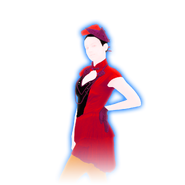 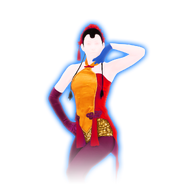 In the chorus, the background consists of traditional Chinese umbrellas that extend up and to the right, and in multi directions by the dancers movements then it fades in a structure when moved.

In the verse and the intro, the background changes to a sauna setting with two lanterns on either side of the room glowing in a rosy color. There is a diamond shape in the center with the same circle design in the middle as the umbrella seen before in the chorus. The wood carvings in the background show text written in the style of Chinese calligraphy.

During the bridge, the background goes back to the sauna but now in a shade of purple.

Slumber Party is featured in the following playlists: 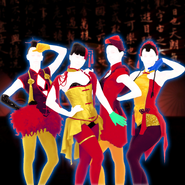 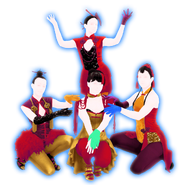 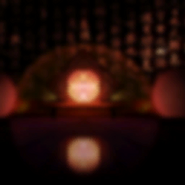 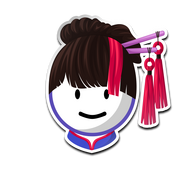 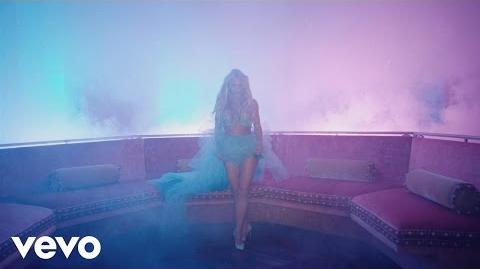 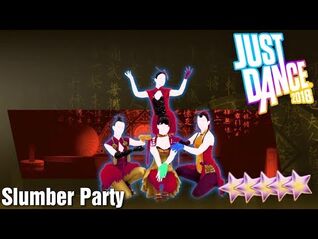 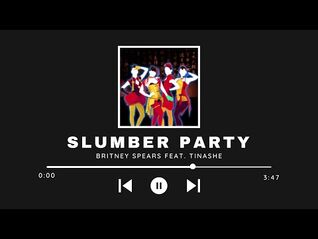 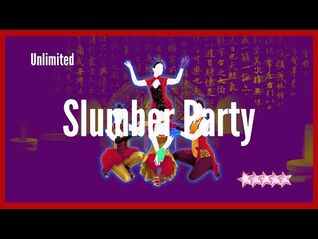 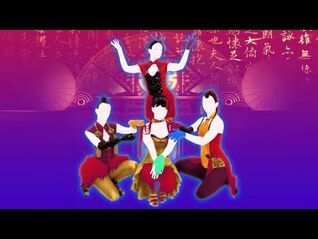 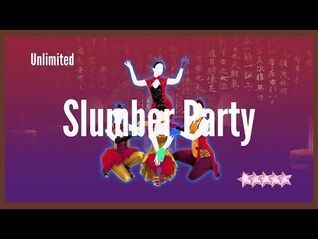 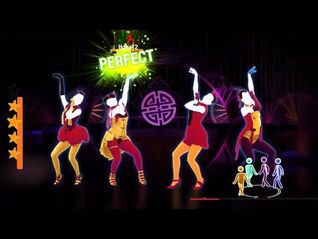 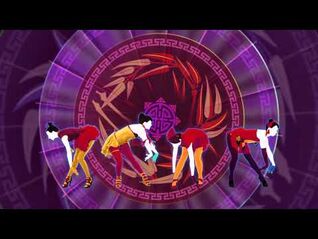