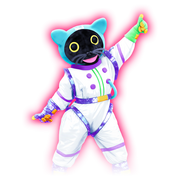 The dancer is a black cat dressed as an astronaut. He has a white space suit with purple straps and various buttons. He also wears a teal helmet. His glove is bland yellow and his outline is pink.

The song starts with a cat outlined in the stars with the space cat on a space platform slowly zoom in. After a while some planets and star fly by, later some alien dancers from Cosmic Party, Monsters of Jazz and Always Look On The Bright Side Of Life on rock stages zoom by the space cat with the dancer's background behind them. Near the end, the space cat flies offscreen with rockets that were seen earlier are the only things that fly in the sky as the song ends. 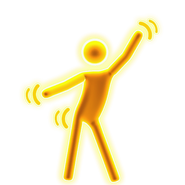 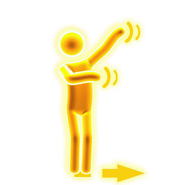 Space Cat is featured in the following playlists: 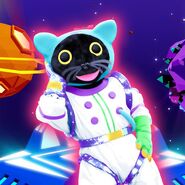 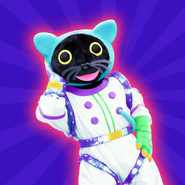 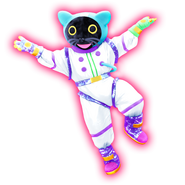 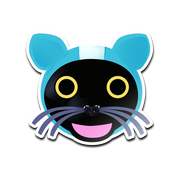 Extra pictograms and moves in the beginning of Just Dance Now 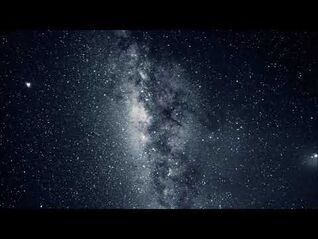 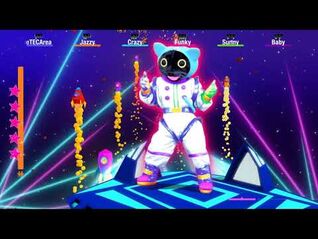