P2 is a rabbit. He wears a brown quarter sleeve shirt with white stripes on it, red pants, a black belt, and black and white boots. He also wears a brown biker glove on his left hand.

The background is a road. A clay-like arch can be seen, along with a volcano. There is a motorcycle to the right and a sign to the left. The sign has Michael Jackson's feet (a symbol used very commonly in the game) with a slashed O over it.

Speed Demon on the Michael Jackson: The Experience menu (Wii) 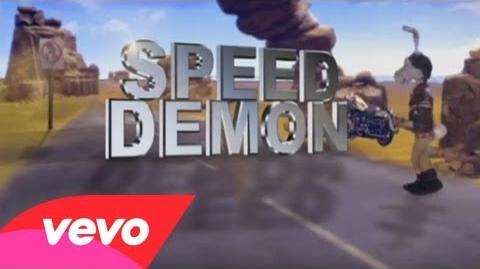 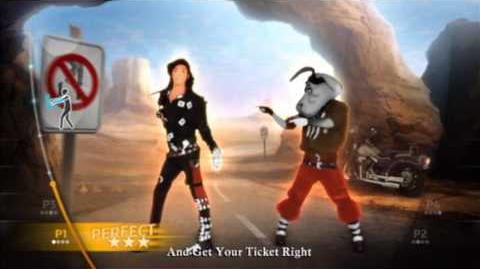 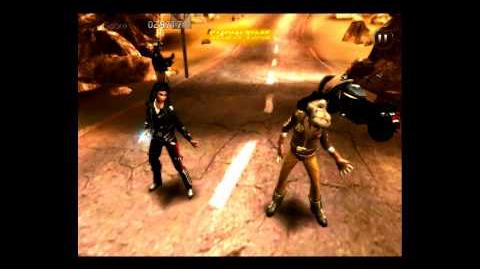 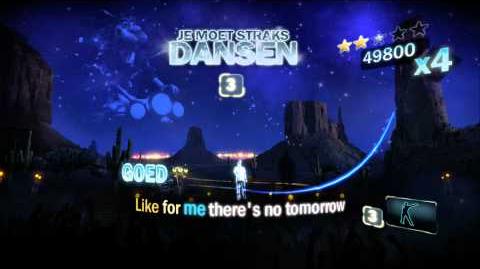 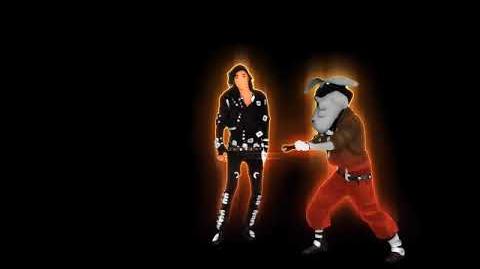 Retrieved from "https://justdance.fandom.com/wiki/Speed_Demon?oldid=1088060"
Community content is available under CC-BY-SA unless otherwise noted.