"Spice Up Your Life" by Spice Girls was featured as a downloadable track on Just Dance 2 until the Wii Shop Channel shut down in January 2019. The song was also planned for Just Dance: Summer Party, but it was later scrapped.[1]

The dancers are teenage girls with carnival masks and crowns.

P2 has short fuchsia hair. She wears a purple and fuchsia carnival crown, a purple mask, an electric crimson top with a purple bolero, purple shorts, and purple and pink wedged boots.

In the remake, falling elements fall slower and only appear in front of the background image rather than as part of it. In addition, the images themselves are smaller and placed towards the top of the screen rather than in the middle, and the final slide showing the title of the song is still in black and white at the end instead of being colored, and the coaches fade away normally instead of fading with a burning light effect.

All Gold Moves: Bring down both arms, one at a time, starting with your right arm.

Spice Up Your Life in the Just Dance 2 menu 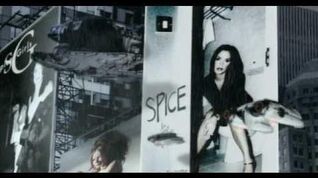 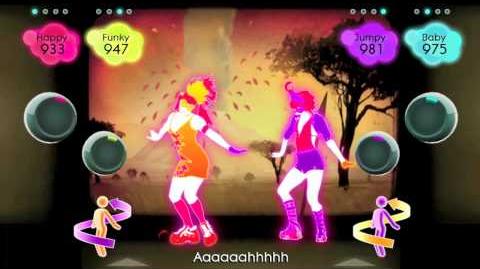 Spice Up Your Life - Gameplay Teaser (US) 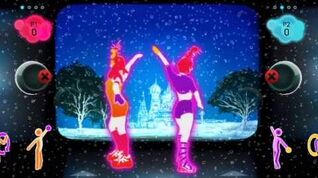 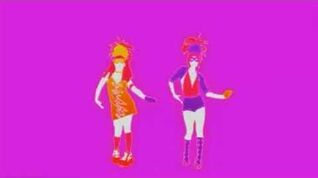 Retrieved from "https://justdance.fandom.com/wiki/Spice_Up_Your_Life?oldid=1090219"
Community content is available under CC-BY-SA unless otherwise noted.