The dancers are a duet of a woman and a man. They have black and white outlines.

P1 has black hair with a high ponytail in thick strands. She wears a yellow suncap on her head and a sports bra with a red center and orange sides and black borders. Two intersecting light blue straps wrap her body from the bottom side of her abdomen to the upper side of her shoulders, passing underneath her bra. She also wears a pair of loose orange pants with light blue lines and designs on her sides, with open slights on the sides of the pants. She wears violet ankle socks and cyan shoes with white soles and laces. She wears a cyan wrist band on her left wrist.

P2 is a young man. He has neatly combed black hair with a cyan headband. He wears a violet open jacket with orange accents on the shoulders and sleeve ends, a dark violet-blue shirt and a pair of black sport sweat shorts. He also wears a pair of orange leggings with dark orange designs, white socks, and a pair of violet-blue shoes with violet accents and straps and white soles. 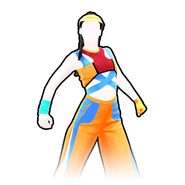 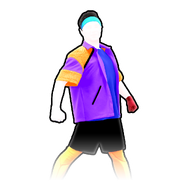 Gold Move 1: While facing left, place your left hand in front of the screen, as if you are making a "Stop" sign, and bring your arm to your right hip in an arc by bending it.
Gold Move 2: 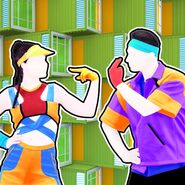 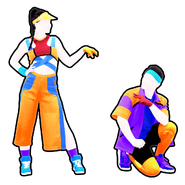 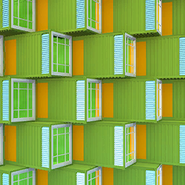 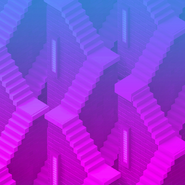 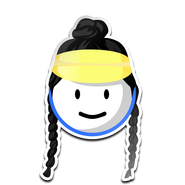 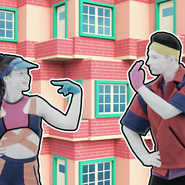 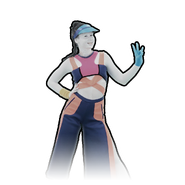 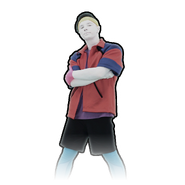 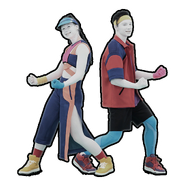 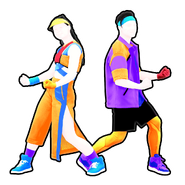 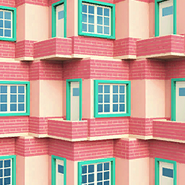 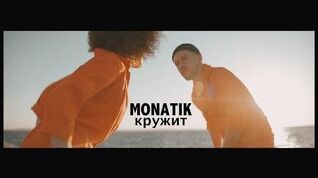 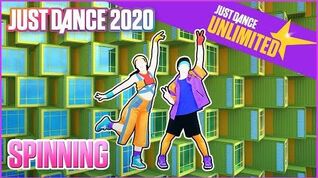 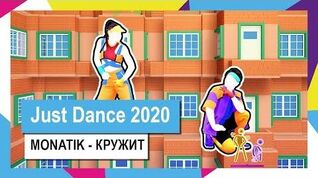 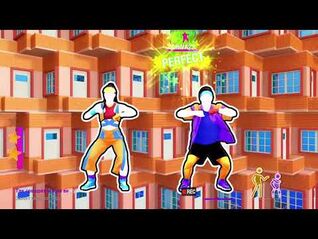