Charleston Version
1A: Hopbush
1B: Rosewood
2A: Kobi
2B: Indian Tan

The dancer is a woman that wears a purple dress with yellow sleeves. There are stripes on one sleeve and dots on the other. On her waist, she has a big blue ribbon. She has pink-and-blue hair with pink, blue, and orange flowers on it. She also has black high-heels, and blue socks that have the appearance of liquid flowing on them. Her makeup is very visible. Her skirt is covered by a skeleton of what looks like an umbrella. Her glove has a ribbon on it that has a similar color to the glove itself.

The dancers are a couple dressed in a 20s British style. 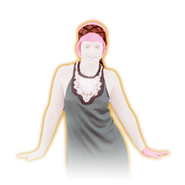 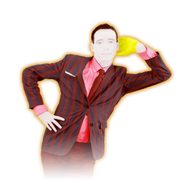 The level takes place inside the mouth of what seems to be a monster. The background is a blue sky with clouds and unrealistic (almost cartoony) metallic-looking rainbows with the colors (in-order) yellow, orange, pink, purple and darker purple. The dancer is standing on a flying pink candy-resembling platform that, like the rainbows, looks metallic-looking. When the chorus starts and "Starships" is sung the platform flies upwards to a pink sky with hot air balloons and blimps. When it reaches the top there is a background similar to the one at the bottom. It then floats down again and the process repeats itself once. After it repeats itself, the platform flies towards the screen and out of a monster's mouth. When "We're higher than a ..." is sung and the dancer moves far away from the monster. The background turns into a passage with multiple flashing and colorful lights; most likely trying to be like in the music video. After the line has been sung thrice, the dancer will once again end up on the platform and go back into the mouth and back to the normal blue sky. All of this repeats but when the bridge of the song begins the platform will instead fly into outer space after the background with many colors. It then flies up extremely fast passing the blue sky and the red one; it is also extremely fast when the platform comes down. The last verse is just like the others.

The background appears to be a stage with spotlights and a silver platform behind it.

Gold Moves 1, 3, and 4: Bend your knees and pull your arms downwards and then spin your head in a clockwise direction.
Gold Move 2: Put your hands on your chin like a "Y" while leaning downwards. 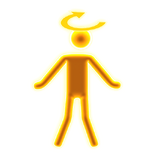 There is 1 Gold Move in the Sweat Mashup:

Gold Move: Flap your hands up and down. (Ghostbusters (Sweat)) 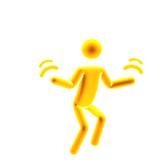 Starships has a Sweat Mashup on Just Dance 2014 that can be unlocked for 5 Mojocoins.

Starships has a Party Master Mode. Here are the captions that appear in order of appearance:

Starships appears in the following Mashups:

Starships appears in the following playlists:

Starships appears in Party Master Modes. Here are the captions attributed to her dance moves. 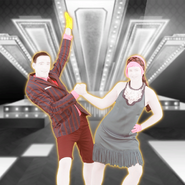 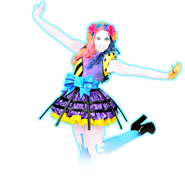 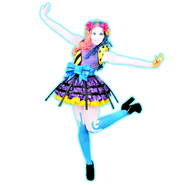 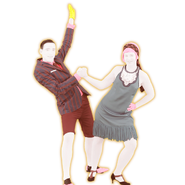 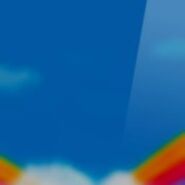 The monster’s avatar on Just Dance 2016

Starships on the Just Dance 2014 menu

Charleston on the Just Dance 2016 menu

Charleston on the Just Dance 2017 menu

Charleston on the Just Dance 2018 menu

Charlesto on the Just Dance 2019 menu

Starships’s planet on All Stars Mode 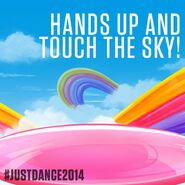 Promotional picture for the older versions of Just Dance Now

Promotional coach 2 (on the PAL boxart) 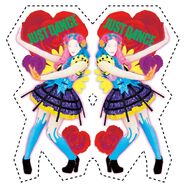 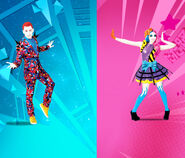 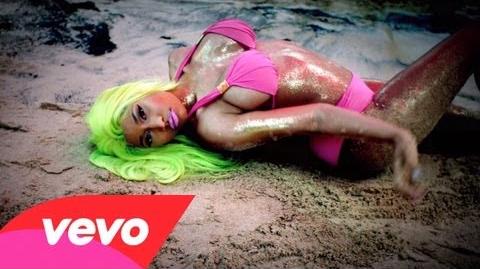 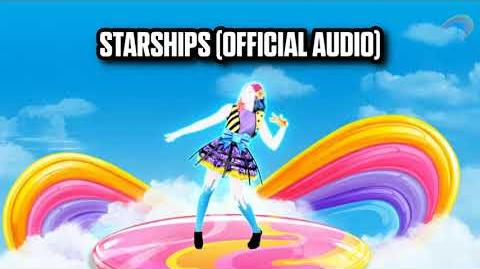 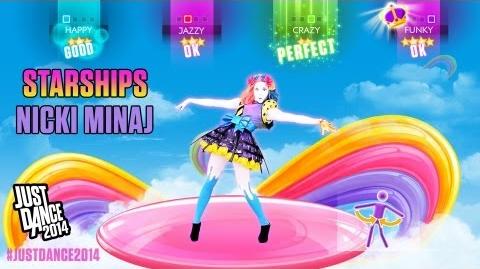 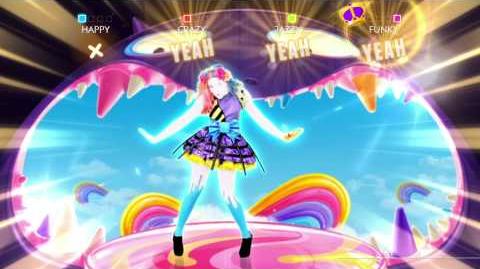 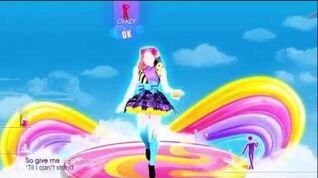 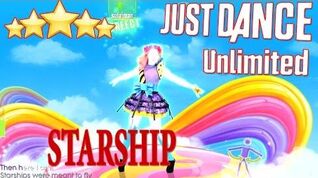 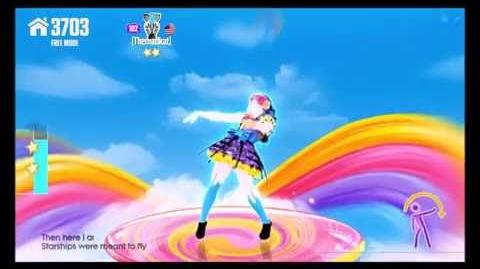 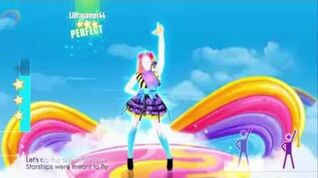 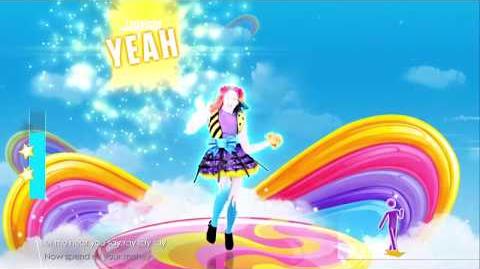 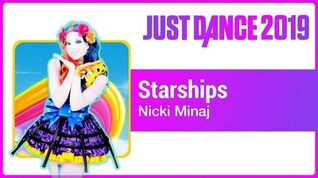 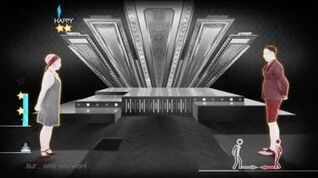 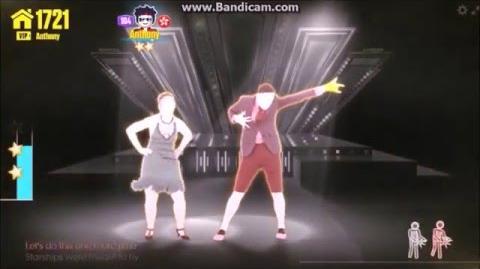 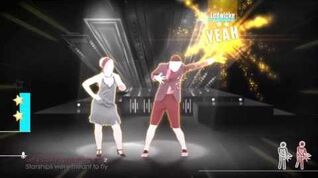 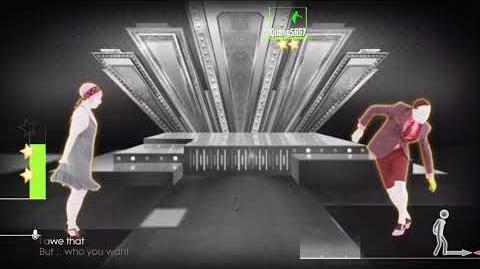 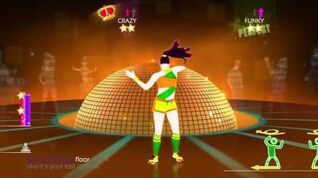 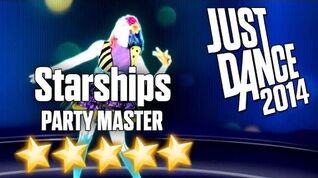 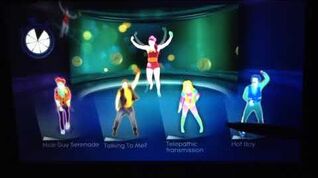 Retrieved from "https://justdance.fandom.com/wiki/Starships?oldid=1171294"
Community content is available under CC-BY-SA unless otherwise noted.