The dancer is a girl wearing a short denim jacket, a graphic t-shirt, and red leggings. She wears black boots and has a black bow in her hair.

The background appears to be a stage set in a suburban town. There are two black speakers on both sides of the stage. There and orange lights on top of the black curtain behind the stage. Later in the song, it becomes night and the lights turn multicolored and two large beams of light appear behind the stage. Behind the dancer, there are two girls. The left one has black hair, a fuchsia dress underneath a black shirt, black leggings, and black shoes. The right one has black hair, a white t-shirt with a black pattern, a black vest, grey shorts, and black boots.

Both Gold Moves: Move your left hand like you are strumming a guitar and move your hips to the left. 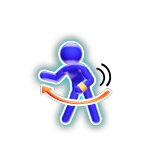 Start All Over on the Just Dance Kids 2 menu (Wii) 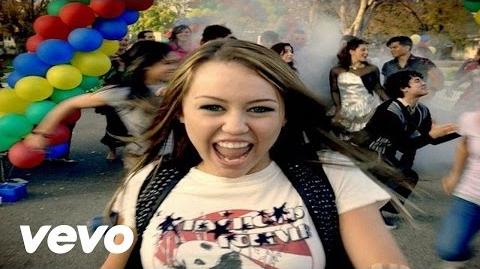 Miley Cyrus - Start All Over 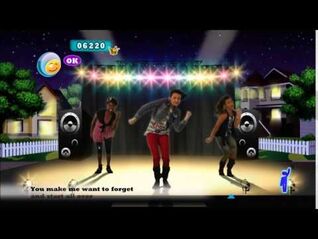 Just Dance Kids 2 Start All Over