< Sua Cara
View source
watch 02:56
Raise a Floppa - The Loop
Do you like this video?
Play Sound

"Sua Cara" (Limo Version) is featured on Just Dance 2022, where it can be unlocked by dancing to Sua Cara three times. It is also featured on 舞力无限.

P1 is a woman with lavender hair. She accessorizes with gold hoop earrings and a lavender-colored necklace, she also has a Magenta hat. She wears an open fluffy pink jacket and a pink bra as well as a pink choker. She also wears a belt with a gold ring and has golden bracelets on her left hand.

P2 is a woman with black hair tied in a ponytail with a few strands stuck to the top sides of her forehead. She accessorizes with dark blue glasses and a gold necklaces. She also wears a dark blue suit and has a purple brassiere under it, and at its waist is a big black and golden belt. 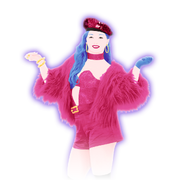 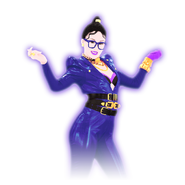 This section is a stub. You can help by adding to it.
The routine takes place at the back of a limo with the outside view blurry from the inside. When the coaches get up, the view changes to the outside with neon lights throughout this part of the routine. At certain points, the camera zooms out inside the limo showing a row of seats.

Gold Move: Look at each other and shake your fingers. 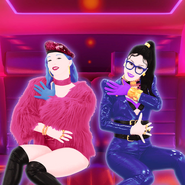 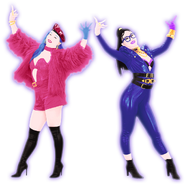 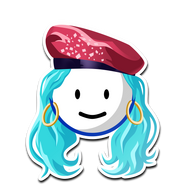 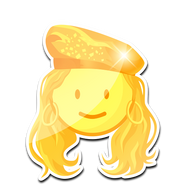 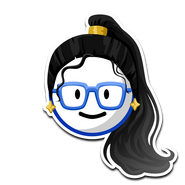 Sua Cara (Limo Version) on the Just Dance 2022 menu, after being unlocked

The coaches in a promotional image for a contest in partnership with Street Woman Fighter, along with Black Mamba (P1 and P3), Stop Drop Roll (P3), Level Up (P2), My Way (P1), and Boss Witch 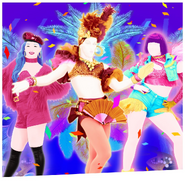 P1 in a promotional picture for the Just Dance 2022 playlist "Ritmos Brasileiros", along with Drop the Mambo and Só Depois do Carnaval[5] 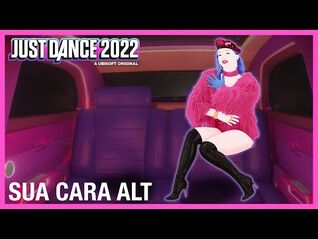 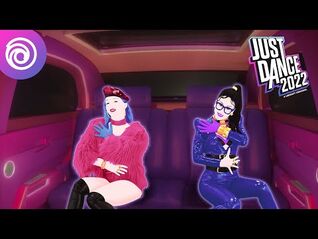 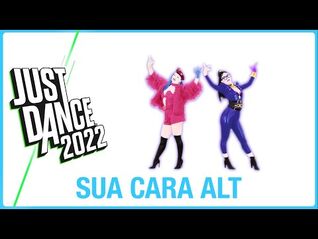