The routine is performed in a duet. They have light blue outlines.

P1 is a woman with purple hair with a yellow flower crown. She wears a light pink ball gown dress with a short puffy skirt, which has a blue strap on her waist. Underneath the skirt, there are layers in darker shades of pink. She also wears a pair of blue high top sneakers with white laces and soles. She wears a golden pendant on her neck. 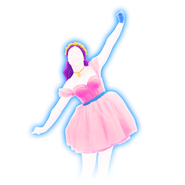 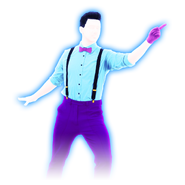 The background takes place at a wedding in a grassy plain. It starts off with a bouquet of flowers on a piece of ribbon tied in a bow. The bow is lowered, revealing the coaches in an aisle of arches covered in ferns and flowers. The background begins to move forward. Flowers are seen between each arch. Heart-shaped balloons can be seen in sky. Occasionally, hot air balloons rise from the ground. At the "I'm a sucker for you" part, a purple heart is formed and transitions to a wedding tent with a bunch of chandeliers and heart-shaped lights. Fireworks would shoot out from the ground.

Sucker is featured in the following playlists 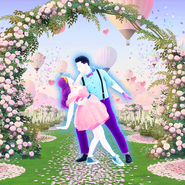 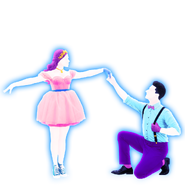 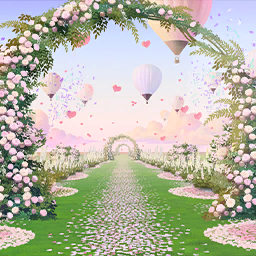 Sucker on the Just Dance 2020 menu 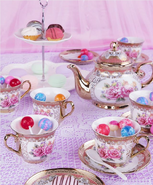 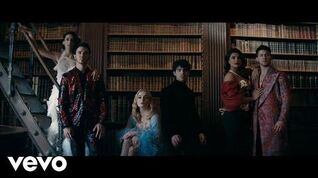 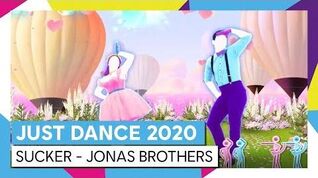 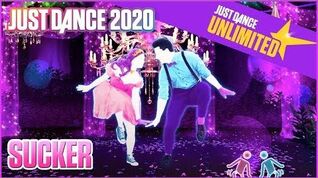 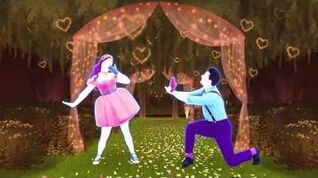 Retrieved from "https://justdance.fandom.com/wiki/Sucker?oldid=1228006"
Community content is available under CC-BY-SA unless otherwise noted.