The dancer is a woman with wavy red hair. She wears a long white dress that cuts above her waist revealing her legs with a gold belt around her waist and brown-red sandals. She also has a pale yellow glove. In the remake, the coach's hair and sandals are now a bright shade of red. 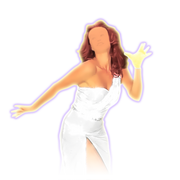 The background appears to be a stage. There are Super Trouper lights that seem to flash repeatedly in different colors such as blue, green, yellow, and red, and a platform that the dancer stands on in which a white spotlight shines above her. During the chorus and bridge, the music video plays on four screens to the left and right in the background which comes in different sizes. Also there are sparkles that flash among the screens at some point.

In the remake, the four screens now have a hexagon-shaped grating, and some of the spotlights are placed behind the coach instead of illuminating her.

Both Gold Moves: Hit the air with your right hand and put out your left leg while your left hand is on your hip. 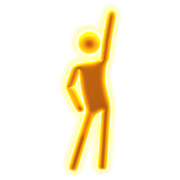 Super Trouper is featured in the following playlists: 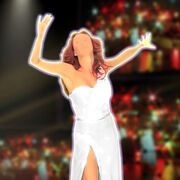 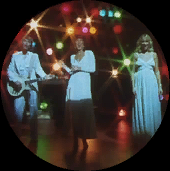 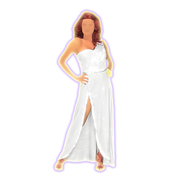 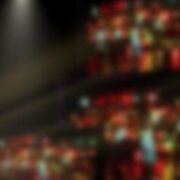 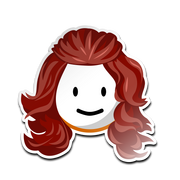 Super Trouper on the ABBA: You Can Dance menu 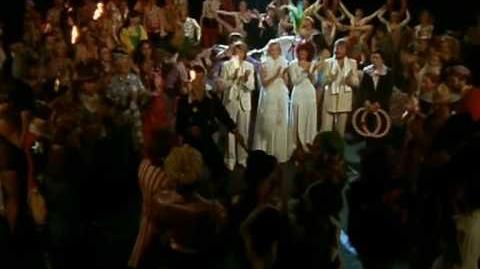 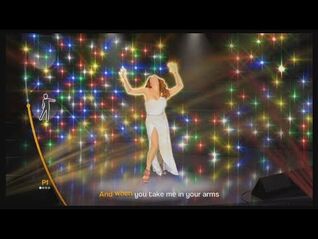 Abba You Can Dance Super Trouper 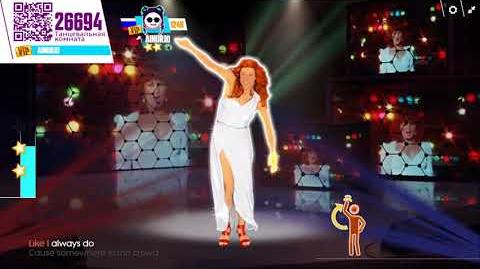 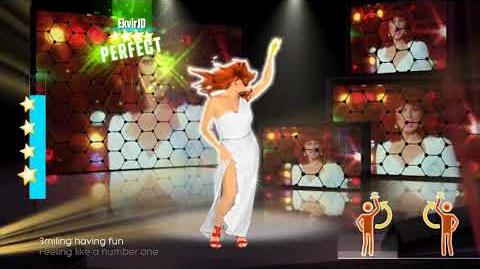 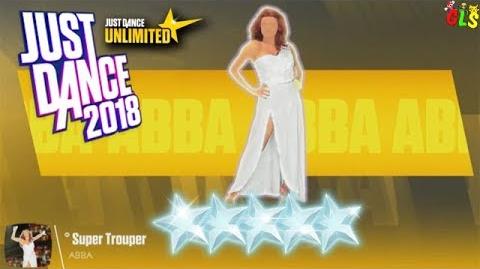 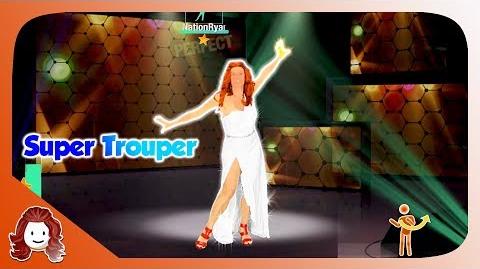 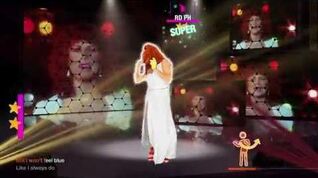 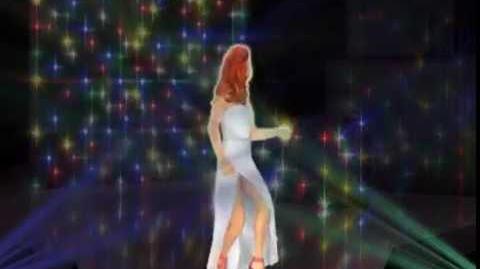 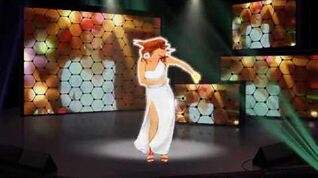 Retrieved from "https://justdance.fandom.com/wiki/Super_Trouper?oldid=1363180"
Community content is available under CC-BY-SA unless otherwise noted.