The Cast of Mary Poppins

"Supercalifragilisticexpialidocious" by The Cast of Mary Poppins is featured on Just Dance: Disney Party and Dance on Broadway.

P1 wears a white dress with a blue belt, a white bonnet with a blue ribbon and white boots, and she holds a white umbrella. She is a representation of the character Mary Poppins from the film.

P2 wears a blue jacket over a white shirt with an orange and white striped bowtie, white pants, and tap shoes, and holds a brown cane. He is a representation of the character Bert from the film.

The background takes place on a stage in a theater, it's setting is a park that contains colored bushes white fences, carousel horses, and a band, all similar to the films scene with this song.

All Gold Moves: Put your cane near your chest while crouching. 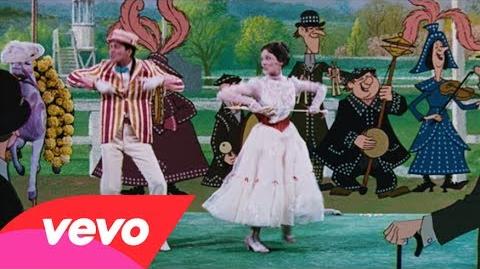 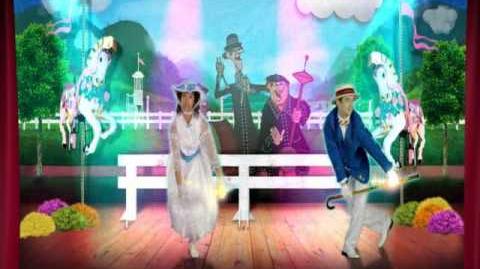 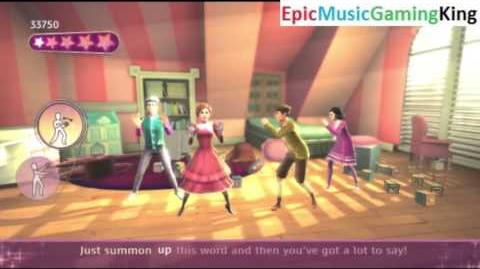 Retrieved from "https://justdance.fandom.com/wiki/Supercalifragilisticexpialidocious?oldid=837541"
Community content is available under CC-BY-SA unless otherwise noted.