Jérémy Paquet[1]
"Surfin’ Bird" by The Trashmen is featured on Just Dance. 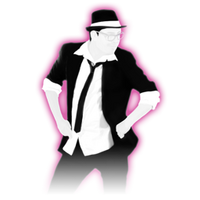 The dancer is a man wearing a black and white hat, a pair of black-framed glasses, a tuxedo with a tie, black pants, and black shoes.

In the remake, his skin and outfit are more realistic, and he is given a faded pink outline. The black areas are a bit darker.

The background is a yellow-greenish wall with a black, thin formal border that is curved on the corners and has a small decoration consisting of swirls and concentric circles on the top. The corners of the screen fade to black, three faint spotlights shine behind the dancer, some very small particles shine, and a dark green rectangle is placed at the bottom of the wall. The floor is mostly black and reflects the wall.

In the remake, the background is more greenish at the top and more yellowish at the bottom, the border is bigger and fainter, the shading on the corners of the screen is less heavy and the floor is also lighter. The spotlights are replaced by faint rectangles and lines.

As soon as the first chorus starts, some black dots with black sharp lines fly quickly to the right. The dots also get larger when "bird" is sung, and shrink when there are no lyrics.

During the surfing part, the dots move to the top of the screen; after that, they move to the left.

The background is initially black, and then it fades in slowly; at the end, it fades back to black.

Shake Move: Bend over and then swing both of your hands in a circular movement while shaking your legs. 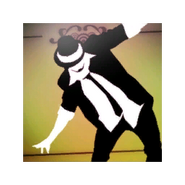 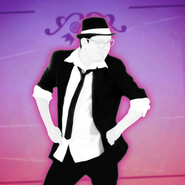 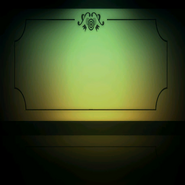 Behind the scenes with Womanizer 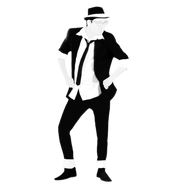 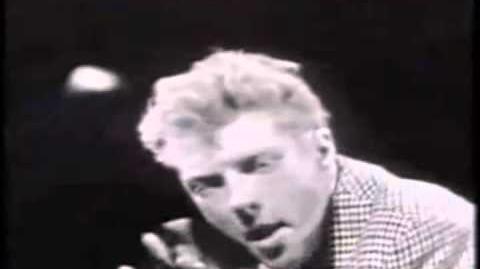 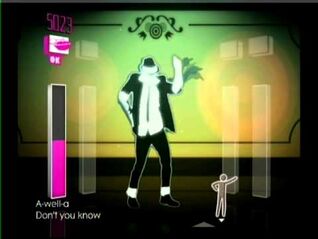 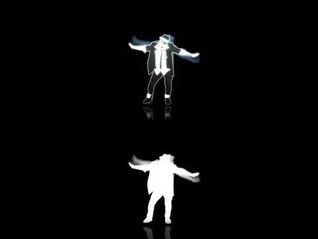 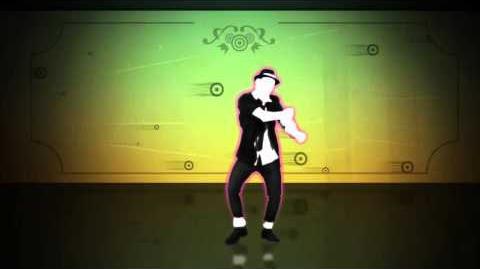