The background consists of a big ocean with many waves, and a big green surfboard where the dancers are dancing on.

Shake Move: Pretend you are playing an air guitar..

Gold Move 1: Pretend you are playing an air guitar.
Gold Move 2: Jump to the right, lean away from the screen, and put your arms out with your elbows bent. 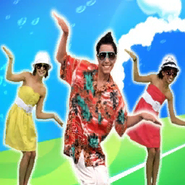 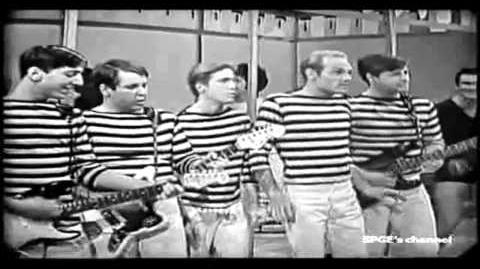 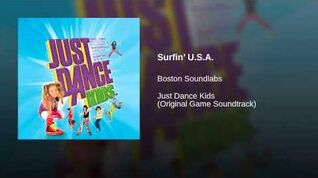 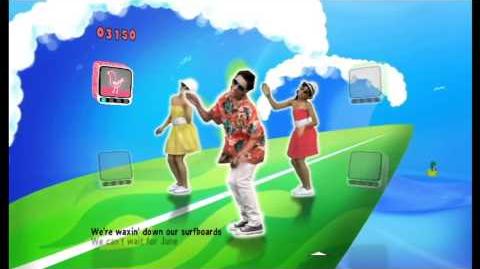