The dancer is a man with brown hair in a ponytail. He wears a dark brown tank-top under a beige khaki jacket with two dark blue accents near the top. He also wears a brown and teal belt. In addition, he wears a dark blue, dark red, and bright yellow necklace. Finally, he wears a pair of dark blue pants, and teal shoes.

The background is a cloudy canyon with yellow-silhouetted (plants, shrubs, bordeaux rocks, etc.) on the horizon. The floor is reflective with dust appearing when the coach jumps.

All Gold Moves: Punch the air with your right hand while slightly leaning to the left. 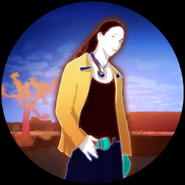 survival dAnce ～no no cry more～ 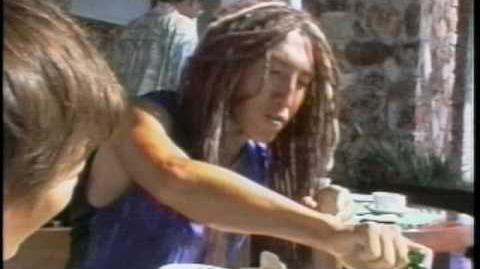 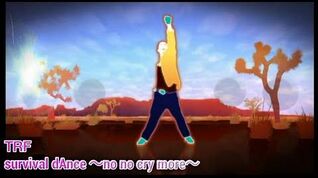