"Sushi" by Merk & Kremont is featured on Just Dance 2020 and Just Dance Now.

The dancer is a girl with pink hair in a braid. She has 3 pink sushi rolls atop her head and a pair of pink chopsticks in her hair. She wears a yellow pseudo-Japanese styled robe. The collar is lined in turquoise and there is a magenta and turquoise striped rope that wraps around both arms of the robe. There is a large pink circle on her left sleeve. She wears a magenta and turquoise checkered skirt with a pink obi and a smaller magenta belt over top. There is a large magenta panel over the skirt, tucked under the obi. Both the skirt and the panel are lined in yellow. She wears turquoise socks and sandals, with large white soles and yellow and magenta straps. Her glove is red and she has a solid black and yellow outline.

The background starts off with a road and a phone, along with four bars that look like a Wifi signal. The phone rings every time it rings in the song. As the song transitions into the chorus, the phone is zoomed into a GPS. During the verses, the background turns black with red and blue connected railways and floating red circles. During the chorus, the background takes place at a metropolis with black buildings and a pink sky. The dancer runs on a black pathway across the city with red and blue archways and colorful, neon lights advertising sushi. Some have pictures of sushi, others say things like "Yum," and even have writing in Japanese. After the chorus, the road goes faster, and three neon odometer is presents, hitting maximum speed. During the "Sushi what?" part, a racetrack light appears, flashing red, yellow and green lights. At the point of the song where the robot is ordering, neon salmon nigiri, spicy noodles, maki, and temari fall from the sky.

The background starts of with the neon phone and GPS screen from the classic. When it rings, different sushi from the classic routine appears on the screens. The map looks more realistic with fields in addition to roads. There are circles with the types of sushi in each that light up. It also features a huge neon neighbor made out of sushi and ramen. Delivery people ride on scooters throughout the neighborhood. There is also long lines of trays and bowls with sushi appearing and disappering. Chopsticks can be seen next to the trays At the "Sushi what?" part, three different sushi appear and light up in the following order; left, right, center. It also features a long neon sushi train with different neon sushi riding on it.

Gold Move 1: Hold your right arm out.
Gold Move 2: Point and swing towards left with right arm then run to the left. 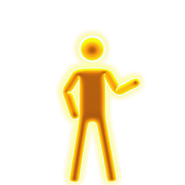 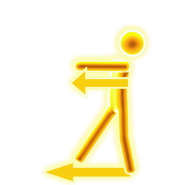 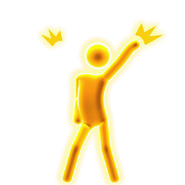 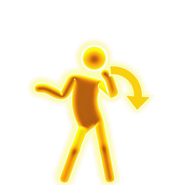 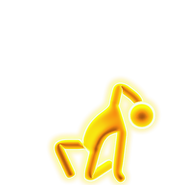 Sushi is featured in the following playlists: 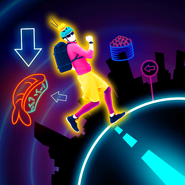 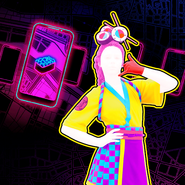 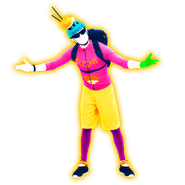 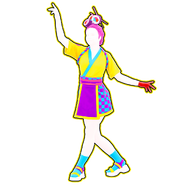 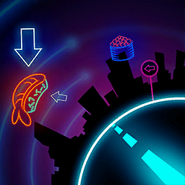 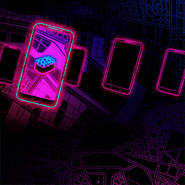 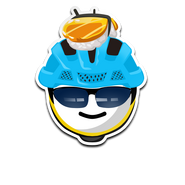 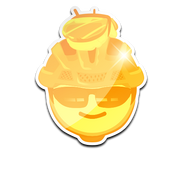 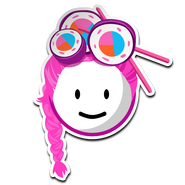 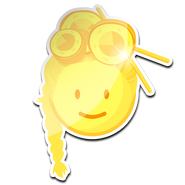 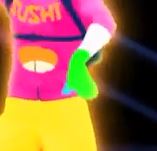 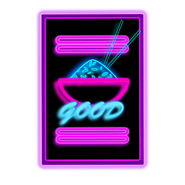 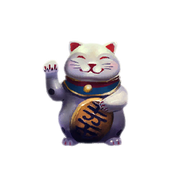 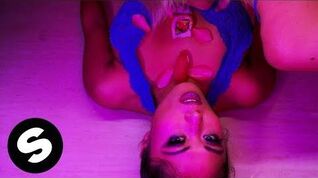 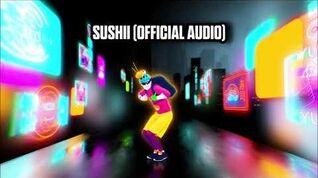 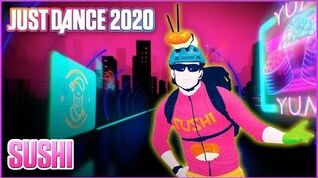 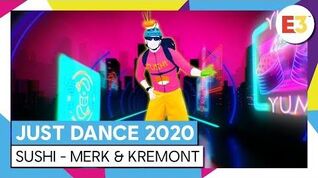 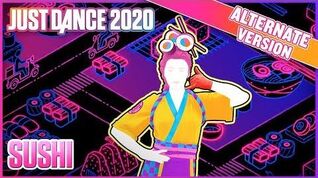 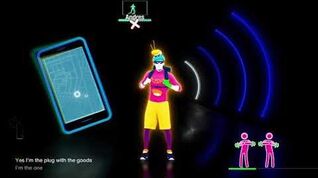 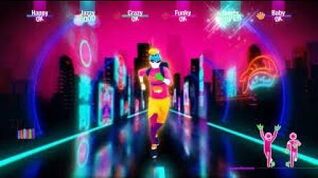 Retrieved from "https://justdance.fandom.com/wiki/Sushi?oldid=1203171"
Community content is available under CC-BY-SA unless otherwise noted.