1A: Deep Cyan-Aqua
1B: Persian Blue
2A: Deep Perfume
2B: Bright Electric Violet 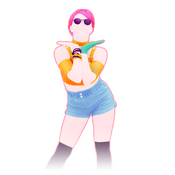 The coach is a woman. She wears a custom tight top, which includes an orange bra, with the straps having two interconnecting bridges in the front, that go up to her neck where it forms a round choker-like collar. She wears two orange armbands around her upper biceps as well. Her bottoms include a pair of high-waisted denim three-quarter shorts. She is wearing purplish-black long socks, with heeled orange sneakers with violet laces. She accessorizes with a few orange and violet bangles on her right hand and a pair of purple sunglasses. Her hair is pink, with bangs which are parted to the left, and a braid that is tied as a high ponytail.

The background consists of colored rectangles that give the illusion of colored paper.

In the intro and the verses, several rectangles fall on the screen (each one from a different side of the screen), projecting a shadow behind the coach and changing color. In the intro, their colors range from shades of blue to shades of purple; in the verses, other colors, such as green, pink, yellow, and orange are used.

In the pre-chorus, the rectangle behind the coach is pink. Two diagonal piles of rectangles in shades of blue slide from each side of the screen while the coach is snapping her fingers and light up one after the other; another pile slides from the top but does not light up.

In the chorus, the entire background turns shades of red, orange, or yellow. The piles of rectangles switch places slowly when the coach is raising her arms, and they pulse when she crosses theme energetically. When "Know that I’m not sorry/I’m just loving my body" is sung, the piles move in a clockwise motion, and then they gradually slide away as they are replaced by two other rectangles (the one at the bottom is blue and the one at the top is lilac). After that, the rotation starts over.

In the bridge, the main background is pastel yellow, and the corners of five rectangles are placed in order to form a star. These sheets range from purple to pink (except one of them, which is orange); other sheets are piled up over time. In the meanwhile, the star spins, and its sides pulse when the coach raises her arms. When she performs Gold Move 1, the rectangles slide away, and the pattern in the chorus is reused.

In the final part, many sheets in shades of purple and pink are stacked on each other. They move in a circle, and they pulse at times. Before Gold Move 2, they gradually slide away from the screen, and then two other rectangles (a fuchsia one and a lilac one) appear.

Gold Move 1: Raise your arms and slowly bring them down in a circle.
Gold Move 2: Slowly bring your hands down in front of you. 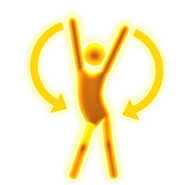 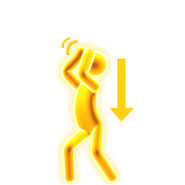 Sweet Little Unforgettable Thing is featured in the following playlists: 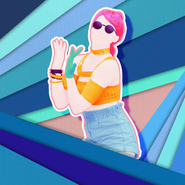 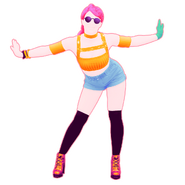 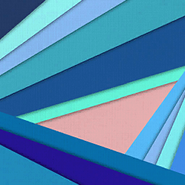 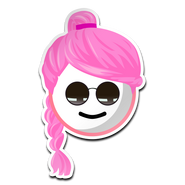 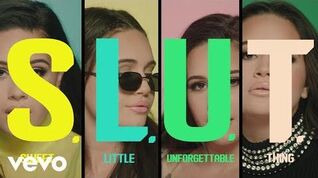 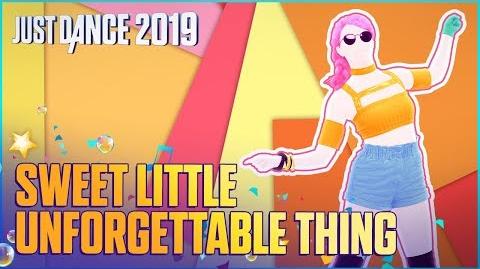 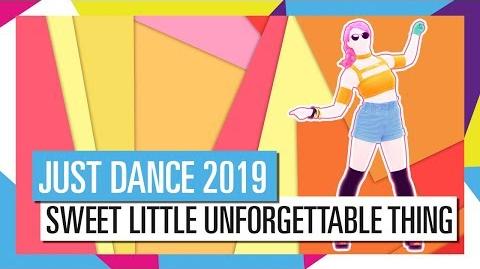 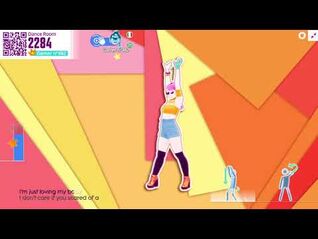 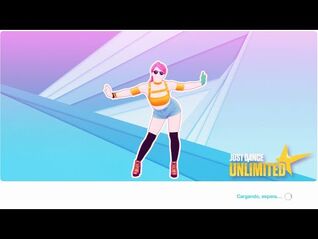 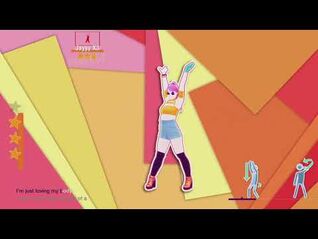 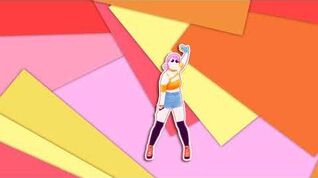